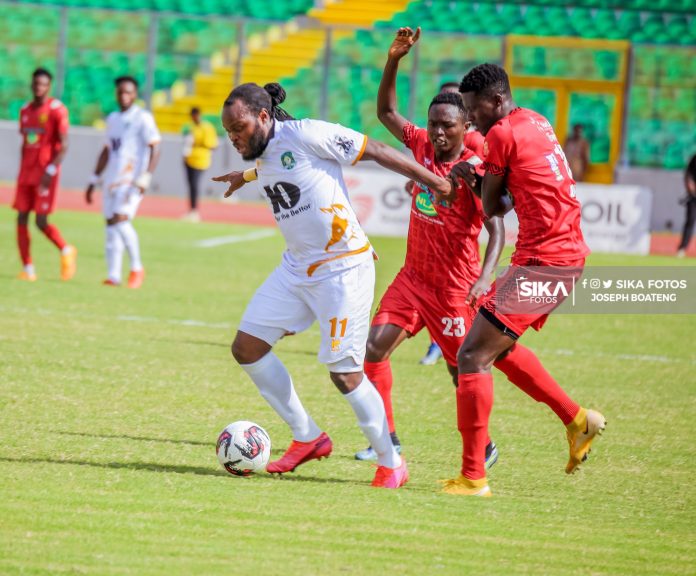 The Reds were wasted numerous chances against the Green and Yellow Fire Lads as they drew 1-1 at the Baba Yara Sports Stadium.

The Cameroonian striker in the second half missed two penalty kicks and Kotoko were later punished by Bright Adjei.

Adjei rose highest to head home from a corner kick in the 90th minute to make it 1-1.

The draw means Kotoko lead the with 56 points, 9 better than Bechem United who lie  second.

The 22021-22 Ghana Premier League leaders Kumasi Asante Kotoko SC will make a short trip to Obuasi to take on Ashantigold SC at the Len Clay Stadium.