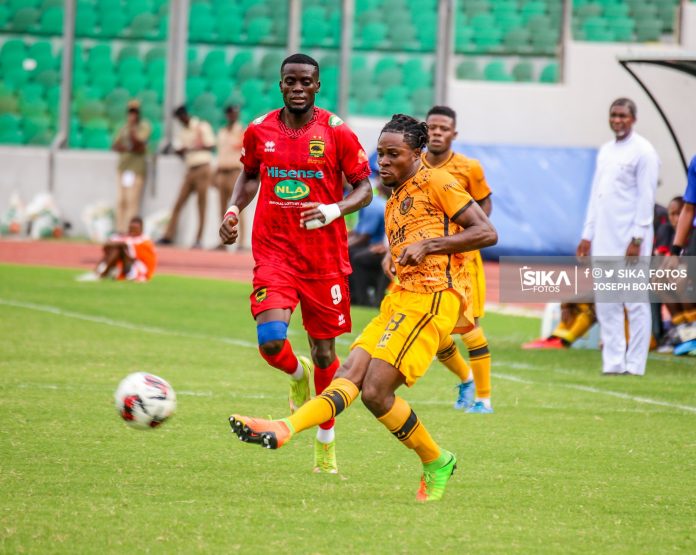 The Porcupine Warriors were beaten to a pulp at home by the Royals who have found some form lately in the Ghana Premier League 2021-22 season.

Michel Otou scored the opening goal of the match in the first half after just 17 minutes from the spot kick after Jonah Attuquaye was brought down inside the box to make it 1-0 to the visitors.

Experienced Hans Kwofie, make it two to the Royals with a typical striker’s finish to make it 2-0 to Legon Cities FC who were the better side in the match.

Substitute, Salifu Mudasiru reduced the deficit to one just before half time with an excellent instinctive strike.

Former Obuasi Ashantigold SC and Medeama SC player, Hans Kwofie grabbed his brace and made it 3-1 to the away team.

Kotoko fought hard but could not find their way back into the game with Legon Cities missing so many good changes to score more.

This is the second consecutive 3-1 wins for the Royals who beat Medeama last weekend 3-1 at the El Wak stadium.

Kotoko loss to RTU last weekend and have second their second home defeat.

Kotoko will go to Sogakope to take on relegation battlers West Africa Football Academy (WAFA) SC in their next game in the ongoing GPL campaign.