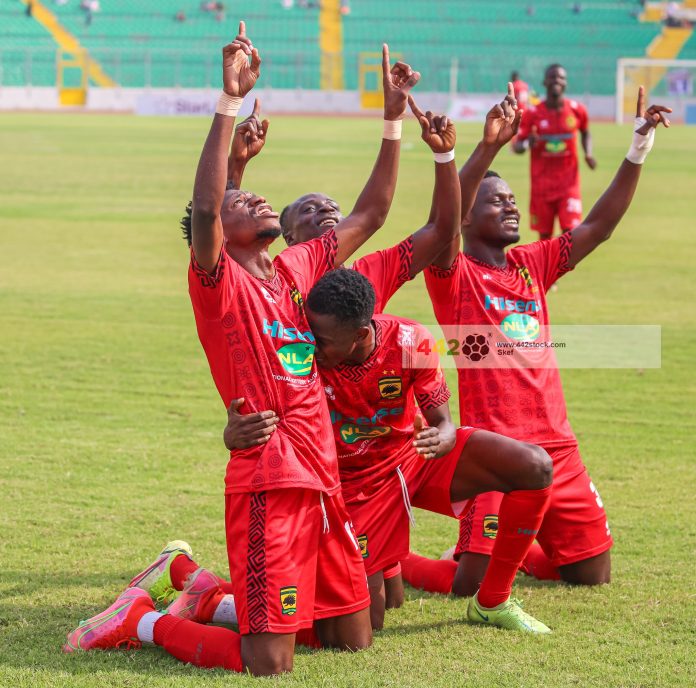 The Porcupine Warriors broke the DADE Boys with a commanding performance in the Ghana Premier League clash to extend their lead at the top of the league table.

The attacked down the right and a cross came from Augustine Agyapong to Etouga who went round his marker and was pushed down. The referee was close and whistled for a penalty.

The Cameroonian import went for the kick and sent the goalkeeper the wrong way for his 7th goal of the season.

Etouga made it two, hitting a first-time strike on a turn inside the box after Lamptey had failed to hit it.

Etouga’s strike hits the upright and rolled into the net as the keeper tried fruitlessly to palm it out to make it 2-0 to the hosts.

The Kotoko goalkeeper was on a holiday and was not forced into a making a save throughout the game.

Kotoko will travel to Elmina to play against Elmina Sharks FC in their next game next weekend.

Great Olympics FC on the other hand will play home next Sunday in the Ga-Mantse derby against Accra Hearts of Oak SC.