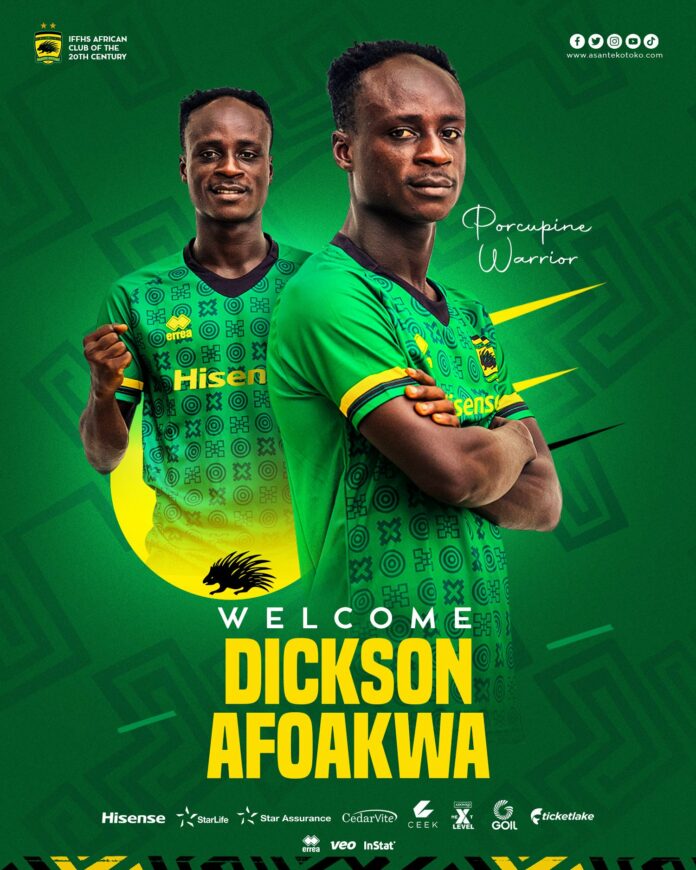 Ghana giant Asante Kotoko SC have announced the signing of forward Dickson Afoakwa as a free agent, dailymailgh.com can confirm.

The Red and Whites outfit have included the winger in their squad for the upcoming 2021-22 Ghana Premier League season.

Afoakwa was given a lucrative three-year contract which will expire in 2024 by the Porcupine Warriors after impressing the technical handlers of the team.

He’s one of the ten players signed by last season’s runners-up as they look to win their first GPL title since 2013.

“We have completed the signing of winger Dickson Afoakwa. The offensive player joins as a free agent on a three-year deal”, Kotoko announced.