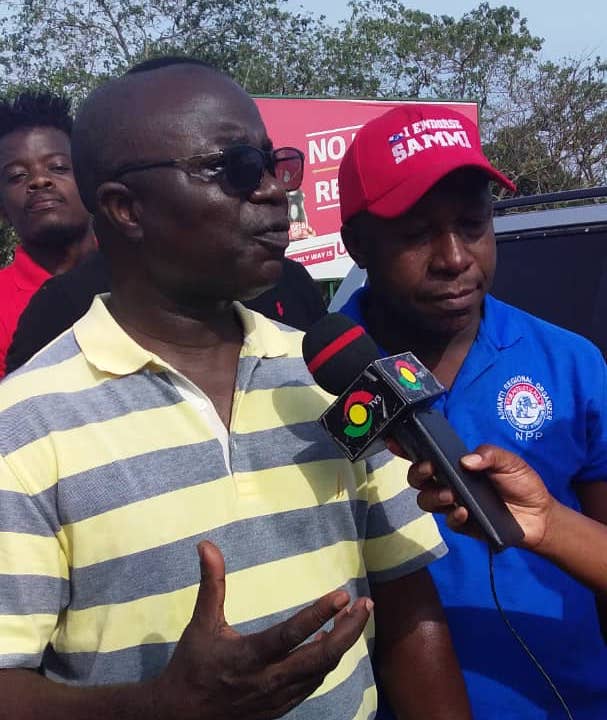 A petition has surfaced at the Manhyia Palace – the seat of the Asantehene, Otumfuo Osei Tutu II – to remove the Kumasi Mayor Osei Assibey Antwi from office.

The petition initiated by the City Market Traders Union cites the Kumasi Metropolitan Chief Executive for gross incompetence and breach of agreement, dailymailgh.com has gathered.

General Secretary of the group Richard Boamah explained that Osei Assibey-led administration has failed to provide them with temporary spaces having received payment from them for new ones at the newly built Kumasi City Market.

He said in an interview on Kumasi-based Akoma FM that their plight has worsened after they were asked to vacate an alternative space to make way for the Kumasi Central Market Redevelopment Project to commence.

“Prior to the construction of the new market our members were promised by the KMA that we will be provided with new stores when the project is completed. We were even made to pay rent to get access to the stores. But to our dismay, the Assembly stopped the exercise, asked us to operate from our current place of business until they find an alternative place for us but that is yet to happen”, Richard Boamah told Kumasi-based Akoma FM.

“For us we think its been four years of incompetence. Now the place has been demolished, we are now at home and this is affecting our livelihoods. The Mayor has failed us and we think he is part of the problem and must be removed from office if you ask me”, Richard further stated.

The Kejetia Market Project, started by the John Mahama adminstration was built to address issues of congestion within the Central Business District of Kumasi. But there has been growing agitation among a section of the traders as the KMA is yet to fully allocate the shops to their rightful owners.

For the over 800 traders, the petition to the overlord of the Asante Kingdom “is a step in the right direction and we are hopeful that the King will put matters to rest”.