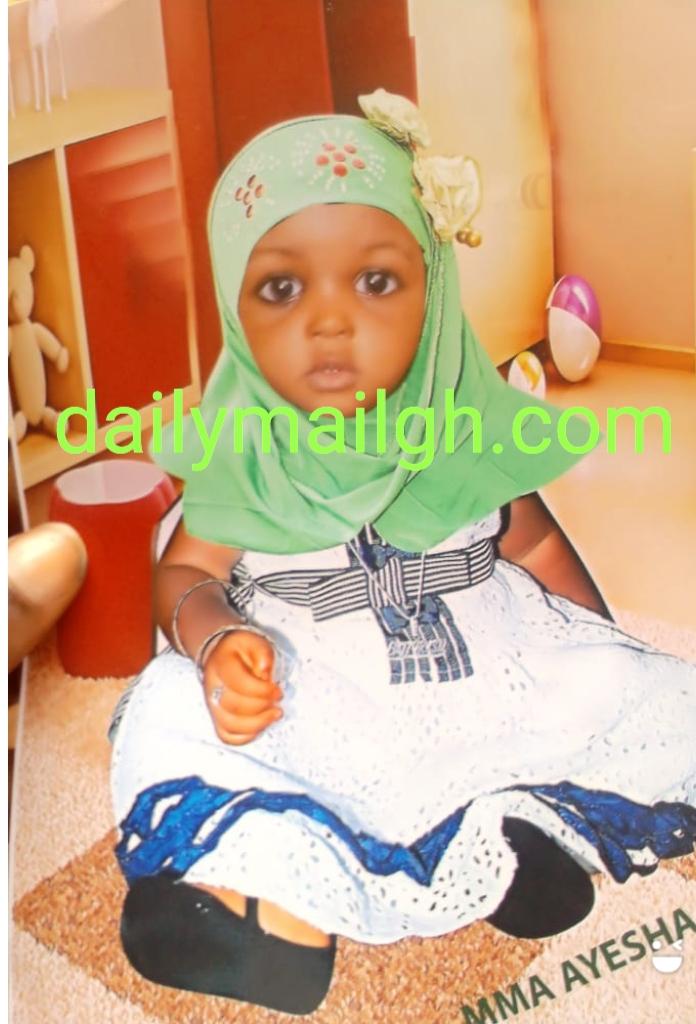 Residents in the Obuasi suburb of New Estate in the Ashanti Region are unhappy with increasing violent crimes fueled by rampant power cuts, which they say are affecting normal life in the area.

Their agitation comes after the lifeless body of a little girl was found last Friday, after she was declared missing, according to local media and the police.

2-year-old Mma Ayesha was playing with her siblings on Wednesday night when her mum left her under their care to observe daily prayers at the mosque, her father, Abdul Karim had told dailymailgh.com.

Karim recounts how a resident made the shocking discovery of her daughter who lied lifeless in a ditch, after nearly 72 hours of search.

“Our area experienced power that day [Wednesday]. Soon after power was restored we noticed she [the deceased] could not be traced. We’d made frantic efforts to find her since that day but we couldn’t find her. While in the house on Friday, we were approached by a neighbour who had seen a lifeless body nearby shortly after a downpour and so I rushed to the scene and saw my daughter in the ditch”, Karim tearfully told dailymailgh.com.

In a video available to dailymailgh.com, police investigators had arrived at the crime scene to begin assessment. They had pulled the partially decomposed body of the little girl as residents looked on in shock.

Although police at the Obuasi Division were yet to comment on the matter, Assemblyman for the area, Musa Yahaya suspects foul play.

“After a closer look at the body you could see no marks of violence but it appears her tongue may have been removed by the attackers”, Musa said adding: “For now the body has been deposited at the morgue by the police”.

Residents are already expressing disquiet as they attribute the development to recent power outage, popularly known as ‘Dumsor’ that has plagued the area in recent times.

A resident who wants to remain anonymous said: “This intermittent power supply is part of the problem. We have been grappling with this for several days and authorities don’t seem to care about our safety. Now a child has been killed we don’t know who becomes the next target.

“Nobody from the Electricity Company of Ghana should come to my house to collect bills”, another resident threatened. “Why should this innocent girl be killed. What crime has she committed?” the resident added.

This latest incident brings to mind the number of unsolved mysteries behind the death of individuals including young children in the Ashanti Region.

Although arrests have been made in some instances, families of these victims are yet to get justice.