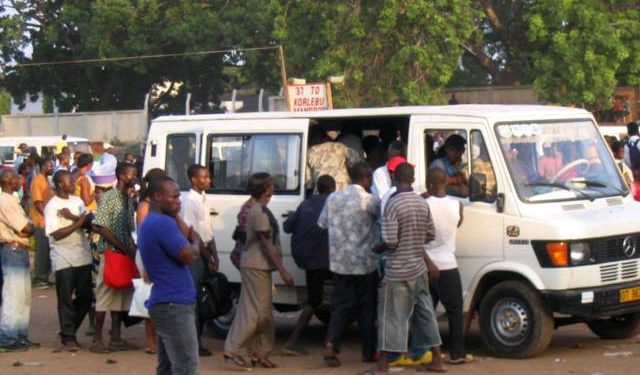 The Ashanti Regional branch of the Ghana Private Road Transport Union (GPRTU), has threatened to declare a strike if the government fails to ensure a reduction in the price of fuel.

They have also given indications that they will be forced to increase their fares if nothing is done about the situation.

According to them, all efforts to use the laid down processes to get their grievances about the rising cost of fuel across have not yielded any positive result.

The price of fuel in the country has increased significantly over the past six months, with many drivers lamenting about the situation.

Most oil marketing companies in Ghana currently sell fuel around GH¢6.90 per litre, a price that is above the African average of less than GH¢6.

The Ashanti Regional Chairman of GPRTU, Sumaila Yaw Boakye in a Citi News interview said his members can no longer bear with the current fuel price hence urgent action must be taken to reduce the price.

“We are giving the government up until Friday to do something about it, else we will calculate the price of the increments since the prices went up and then add it to the transportation fare. Even if it is a 30% increment on the transport fare or better still stop working till we hear something better from our leaders and the government,” he said.

A visit by Citi News’ Fati Aminu Ibrahim to some public transport terminals in the regional capital, Kumasi, showed many drivers clad in red in accordance with a directive from their national leadership to demonstrate their displeasure about the price of fuel.

The Ashanti Regional Branch of GPRTU, and 15 other drivers’ unions, are expected to embark on the strike if the government fails to address their concerns in the coming days.

Sumaila Yaw Boakye said they intend to push for their national leadership to step down over their failure to impress upon the government to take action on their plight.

“There are three things we will do, we will meet with our leaders and ask them to vacate their positions, secondly, we will embark on a strike, and if that bothers Ghanaians then we will increase transport fare by 30%,” he stated.