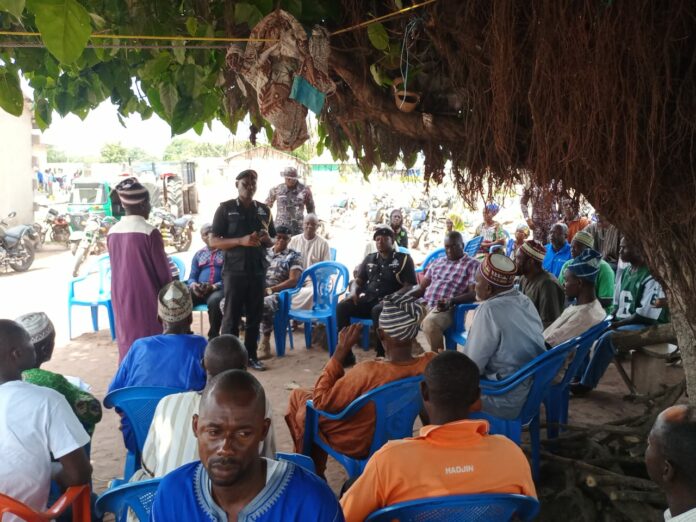 The Inspector General of Police is set to deploy more men to Ejura in the Ashanti Region to combat robbery and other violent crimes after gunmen shot and killed a man in his 50s.

Some residents say the latest incident has sparked fear among residents who have attributed this development to poor security lapses in the Municipality.

The deceased Kipo Sumaila and three others were attacked on the Ejura-Nkwanta-Nyinase road while returning from the farm on Monday (October 31). A police incident report intercepted by dailymailgh.com indicated that the victims came under attack when some gun-wielding men ordered them to surrender their items during the robbery operation at about 18:30 GMT.

A surviving victim Masawudu Sumaila had told the police that, “one of the armed men asked the father to surrender all the money on him but refused and rather rushed on the armed man who shot him twice in the neck.”

“The robbers took away an unspecified amount and some mobile phones belonging to the victims”, the police report read.

A family member also confirmed the death of another victim who sustained gunshot wounds during the attack.

Awudu Braimah who has been narrating the incident to gave the name of the deceased as Ibrahim Iddrisu, 40.

“Ibrahim also died at the St. Luke Hospital at Kasei. He also sustained life-threatening wounds. This is a big blow to the family and we pray that the police work hard to bring the perpetrators to justice.

The two have since been buried according to Islamic customs.

Meanwhile, a delegation from the Ashanti Regional Police Command has visited the community to commiserate with the bereaved family. Regional Commander indicated that investigations have started in connection with the case.