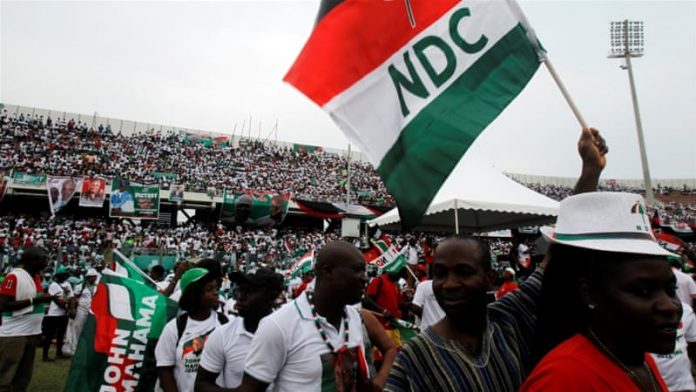 The campus wing of the opposition National Democratic Congress has now been cleared to vote ahead of the party’s delegates conference in the Ashanti Region.

This follows a marathon meeting between top executives of the party and some aggrieved candidates after the process was marred by disagreements and confusion on Friday (November 11).

The delegates who belonged to the Tertiary Education Institution Network TEIN had threatened to disrupt the elections of the women and youth organizer positions alleging that there were attempts to prevent them from participating in the process.

Speaking to the media after Saturday’s meeting a Deputy Director of the NDC’s Legal Team Baba Jamal says almost all outstanding issues have been resolved to make way for the party to elect new regional executives on Sunday.

“For the Manhyia South, there was an application for an injunction which was served on us but the issue has been resolved and elections have been held. We had issues with the youth organizers and the TEIN list. The National Executive Committee put together a three-member committee and it gave us a list of 34 delegates. That is the approved list [of TEIN]”, explained Baba Jamal.

Baba Jamal also confirmed that the election of women’s organizer slots has also been put on hold.

“For Asawase, there were two opposing injunctions and we are consulting Accra to resolve this by tomorrow. Unfortunately, we don’t have the approved list from Accra for the women’s organizer elections. When the committee did the accreditation it should have brought their list but unfortunately, we don’t have that. So that election has been put on hold so that we can have the accredited list to run the elections”, he said

The current NDC chairman Augustus Andrews Nana Kwasi is seeking re-election as he battles three others, including a former chairman Yaw Owusu Obimpeh, in a fierce contest.

In all 62 candidates are contesting various positions as the party seeks to re-organize its base.