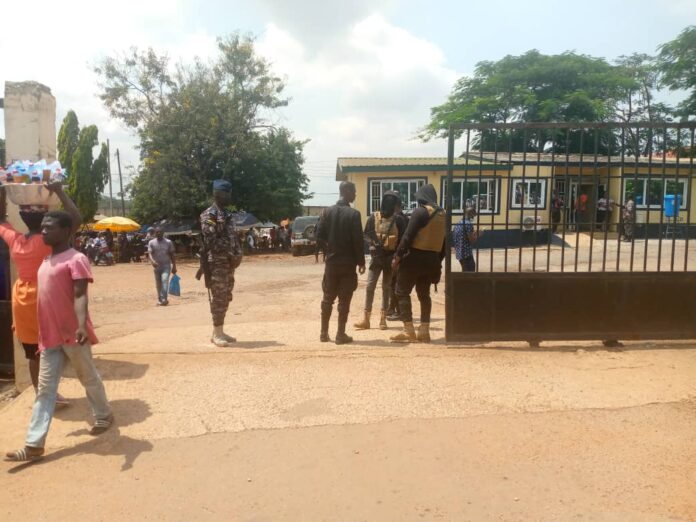 A clash between police and military officers at the Suame police station in Kumasi has forced top security chiefs into an emergency meeting.

The incident happened after some policemen allegedly manhandled the plain-clothed soldier and handcuffed him, witnesses told dailymailgh.com.

The soldier whose ‘unregistered’ motorbike was impounded in the ensuing melee called his colleagues who stormed the police station and assaulted officers on sight.

The injured has been sent to the hospital for treatment, it is reported.

A police reinforcement was later deployed to maintain law and order.

Violent clashes between soldiers and policemen have raised security concerns.

In 2018 police and army officers clashed at a base in the Northern Region leaving at least seven officers injured.

It is the third time such cases has been recorded at the Suame police station since 2011.