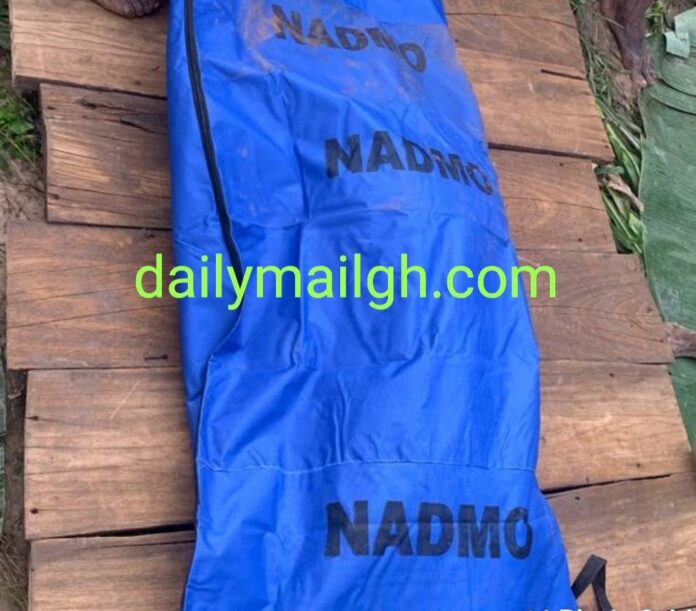 The death toll from a torrential downpour that hit parts of the Ashanti Regional capital has risen to three, with many homes flooded, dailymailgh.com can report.

A one-year-old boy was the first casualty recorded on Wednesday when he got drowned in floodwaters at Sawaba in the Asokore Mampong Municipality. His body was found the following morning after hours of search.

In the Atwima Nwabiagya North District the body of a man in his 40s was pulled out of the Owabi River on Thursday. He had attempted to cross portions of the road with his motorcycle which was heavily flooded.

In the Oforikrom Municipality a woman in her 50s died after she was washed away by flood following Thursday’s heavy rains.

The incident occured when the Susan stream bursts its banks collapsing a weak wooden bridge in the process.

The body of the deceased was found by officials of the National Disaster Management Organization (NADMO) with the aid of townfolks Friday morning.

The remains of Akosua Dufie have been deposited at the Komfo Anokye Teaching Hospital (KATH) for preservation, according to Awudu Mohammed, the Director of NADMO in the Oforikrom Municipality.

“The body was found this [Friday] morning at 6:00 am. The people in the community were able to assist NADMO officials to retrieve the body. So we are waiting for the police to take over investigations”, Mohammed said.

“There are other structures that got destroyed at my zone but we are still assessing the situation”, he added.

The situation was no different at the newly-built Kejetia Market, the biggest in West Africa.

Activities at the market located in the Central Business District (CBD) have been thrown off gear as shops were forced to close due to floods.

Rubble was scattered along most of the shops as traders took stock of the damage caused the day before, wading through water-drenched patches.

An affected textiles trader Maame Ama, 53, said: “All my wares have been destroyed. I secured a loan for my business and now I am helpless. I pray authorities come to our aid. This is devastating”.

The Acheamfour and Atasamanso markets were also inundated with floods.

‘It is beyond us’ – NADMO announces REGSEC meeting over rains

The National Disaster Management Organization (NADMO) had said it is still assessing the situation and would provide all details to the media.

It adds that the Ashanti Regional Security Council will be meeting to provide proper plans to deal with perennial floods in the regional capital.

“All these things borders on security. So we have referred the matter to the Regional Security Council to deal with it. It is beyond NADMO”, said Kwabena Nsenkyire, the Ashanti Regional Director of NADMO in an interview with Accra-based JoyNews.

“We have been with them [the affected victims]…[For relief items] that comes after we have made an assessment to know the number of people affected”, Nsenkyire said.