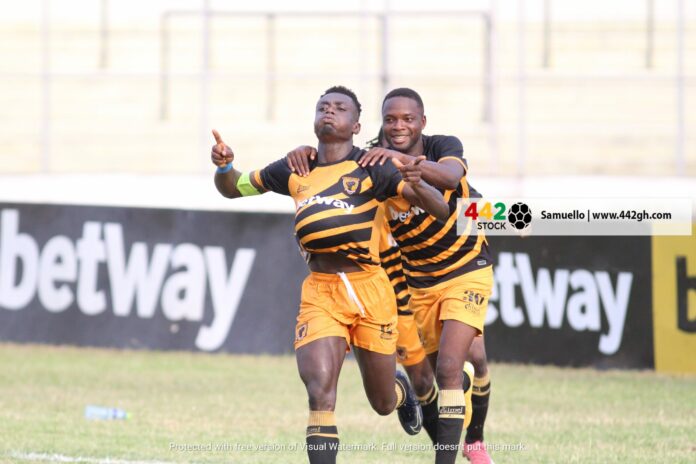 Ashantigold SC defeated Accra Hearts of Oak SC to end their three games winless run with a narrow 1-0 victory at home in the week 19 encounter.

Hearts missed a golden opportunity to take the lead as striker Victor Aidoo missed a spot kick on the 22nd minute mark when his week effort was saved by goalkeeper, Kofi Mensah.

After the break, the Yellow and Blacks took over the game and played the match with a high tempo as the pushed Hearts of Oak back to play a defensive match.

The home team was awarded a last-gasp penalty which was converted by skipper, Amos Addai inside the additional time to win it for the Miners.

Yuliia Korienkova shares her opinion on the future of robotic art

Ghana leads the way at the UK-Africa Investment Summit 2020 in...