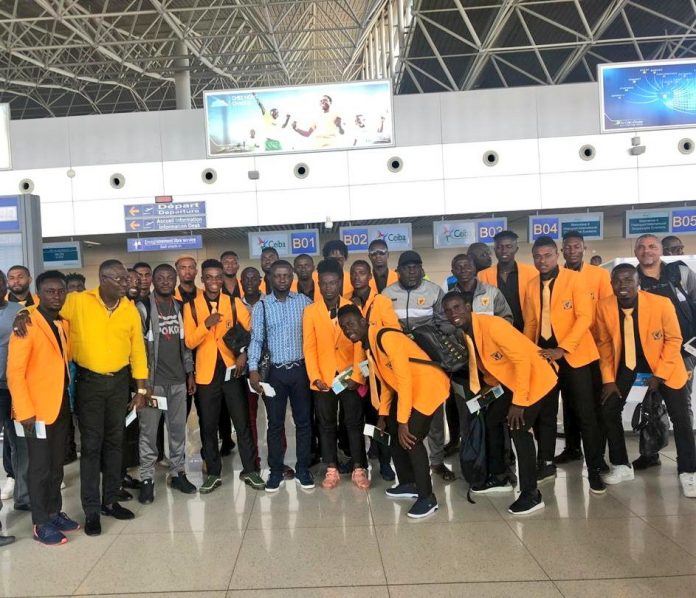 Ashantigold have arrived safely in Ghana after going through grueling times in Equatorial Guinea.

The Miners who were left stranded in Equatorial Guinea capital Malabo on their arrival for their first ever CAF Confederation Cup Competition are currently at their Obuasi base.

The team arrived in Obuasi around 1:00AM on 12th August 2019 after a torrid experience in the East of Africa.

Ashantigold secured a vital point in Ebebiyin in Equatorial Guinea despite the unfriendly treatment they were put through in the East African country.

The Miners could have returned home with a win from Ebebiyin if their attackers were sharp enough on the day as they were clearly the better side.

According to our sources, management of the club has decided to give the players a two-day off and will resume preparation for the second leg at the Ofori Stadium in Obuasi where the team train.

Akonangui FC will be in Ghana to face the Yellow and Blacks in the second leg of the CAF Confederation Cup Preliminary stages to book a place in the second round.