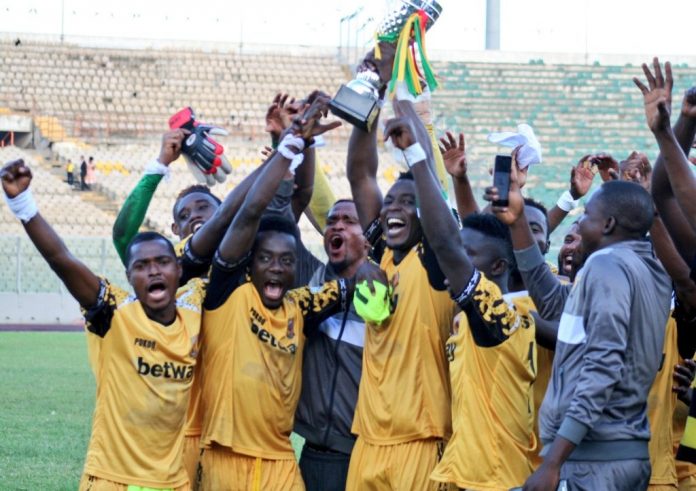 Ashantigold broke the hearts of Asante Kotoko in Kumasi on Sunday in the ‘BK Edusei Cup’ winning 4-3 on penalties after a goalless game.

The Miners outplayed the Fabulous Boys in the pulsating encounter to lift the trophy at the Baba Yara Sports Stadium.

The first half of the match was played on a very high tempo with both sides creating few opportunities to test the goalkeepers in post.

Both coaches made numerous substitutions in the second half in an attempt to win the game during regulation time but the defenders remained resolute.