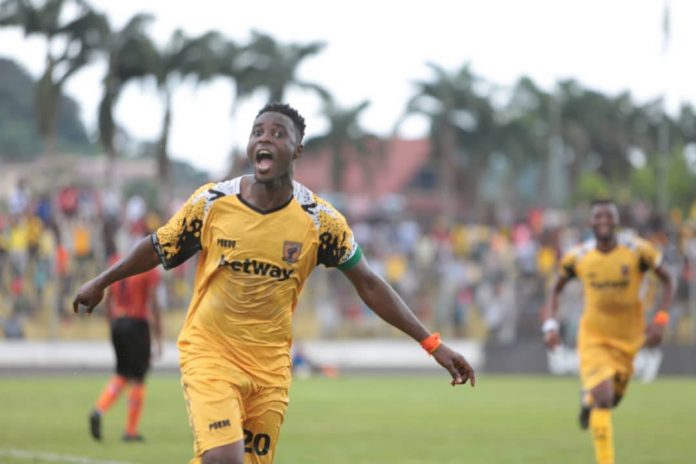 In-form Ashantigold striker Shafiu Mumuni has been appointed as the captain for the Black Stars B ahead of the Burkina Faso clash at the Baba Yara Stadium.

Black Stars coach Maxwell Konado confirmed that the Ashgold topsman – who has four goals in three outings – has been awarded the captaincy role by the technical brains of the team.

The attacker notched an impressive eight minutes hat-trick in the CAF Confederation Cup against Akonangui FC from Equatorial Guinea which propelled the Miners to the next stage of the competition.

Shafiu was on target again for the Obuasi-lads last weekend when they beat Renaissance Sportif de Berkane 3-2 at Len Clay Stadium.

Ghana will entertain their West African neighbours Burkina Faso at the Baba Yara Stadium in the first leg of the 2020 CHAN qualifier scheduled for 3pm.