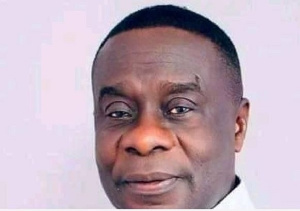 The New Patriotic Party (NPP) which is leading the charge is alleging that Mr Quayson holds citizenship for both Ghana and Canada.

Solicitors for the NPP, Marfo and Associates asked for copies of his travel history and renunciation certificate prior to his filing to contest as MP in the 2020 polls.

“We shall be grateful if we are furnished with the following documents at your earlier convenience,” the letter stated.

But the NDC has been reacting to the said claims.

“The party wishes to state categorically that the MP-elect is a full citizen of Ghana who owes no allegiance whatsoever to any other country”, a statement signed by its Director of Communications Kakra Essamuah read.

“He is a Ghanaian by law and in fact qualifies to be a Member of Parliament”, the statement further indicated asking the public to disregard the NPP’s claims.

Meanwhile, a Private Legal Practitioner, Martin Kpebu says the MP-elect for Assin North, James Gyakye Quayson stands to lose his seat if he is found guilty of holding dual citizenship.

“The constitution states that someone with dual citizenship does not qualify to be a Member of Parliament so when evidence is produced to this effect, then the cause of law may declare that the person will lose his office. But remember that in all of this it is about that admissible evidence is produced in court, ” he said.

The country’s constitution frowns upon any instance of a Member of Parliament being a citizen of another country in addition to being a Ghanaian.

Recent history has seen a former Member of Parliament being jailed for such an offence.

In 2012, the Accra Fast Track High Court sentenced the NPP’s Adamu Dramani Sakande to two years imprisonment after he was found guilty of false declaration of office, perjury, and deceit of a public officer.

His status as the MP for Bawku Central was challenged due to his dual citizenship.

Adamu Sakande contested the Bawku Central seat on the ticket of the NPP in the 2008 election and snatched the seat from Mahama Ayariga before he was jailed.

He was granted a presidential pardon on December 31, 2012, by the then President, John Dramani Mahama, based on medical grounds.