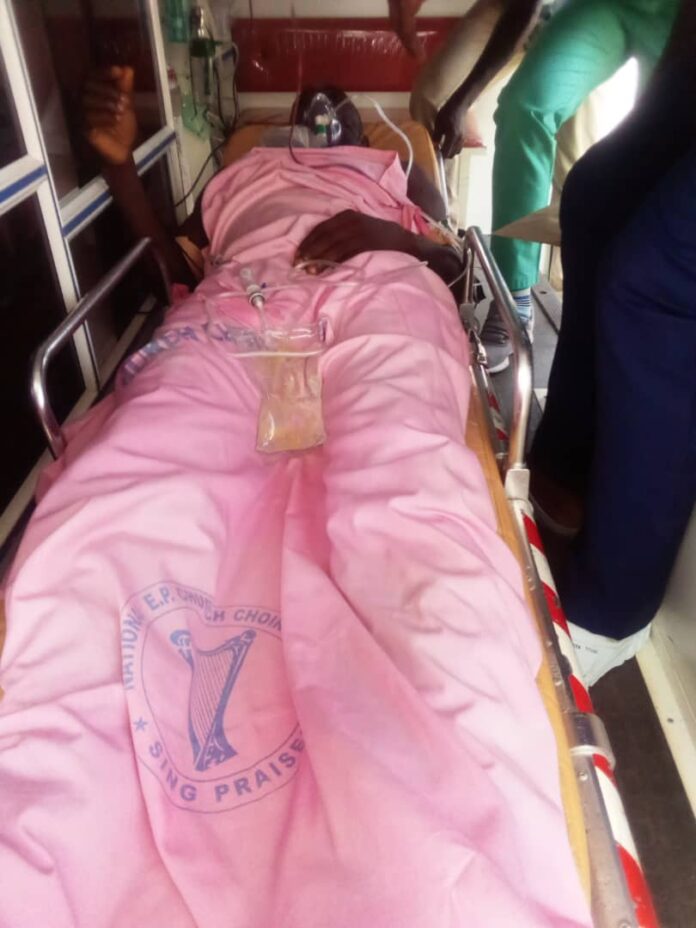 Kwame Amoah, the 52-year-old man who was shot by a gun-wielding driver during a bloody scuffle on the Ayeduase-KNUST road has died.

“Unfortunately, the report reaching the command is that we’ve lost the victim [Kwame Amoah] and the suspect is in critical condition”, ASP Ahianyo said.

The victim died at the Komfo Anokye Teaching Hospital (KATH) where he was receiving treatment after he sustained gunshot wounds in the lower abdomen during a heated exchange between the suspect, named Samson Zabanga, aged 31, who was driving a KIA saloon vehicle.

This prompted an angry mob who attempted to attack the suspect as they pelted stones at him damaging parts of his vehicle in the process.

Sensing danger, however, he shot himself after he was surrounded by the police who had rushed to the scene to prevent any further chaos.

“We hope and pray that the suspect survives and then we will be able to ascertain whatever happened but it is unfortunate that we have lost the victim [following the incident]”, ASP Godwin Ahianyo reiterated.

But he was also confirmed dead.

He died moments after the victim [Kwame Amoah] passed on at the Komfo Anokye Teaching Hospital — where the two were receiving treatment after sustaining severe gunshot wounds.

His body has been deposited at the hospital’s morgue for autopsy, the police said.

Meanwhile, investigators who were deployed to the scene have since retrieved a Smith and Wesson pistol with 16 rounds of ammunition believed to have been used by the suspect to commit the crime.