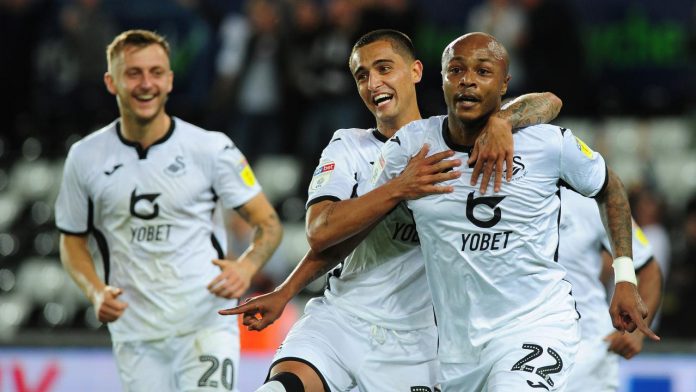 “That’s exactly what we know he can do. He’s come back into the club after the international break in very good condition.

“He looks extremely motivated in training and tonight was about giving him the right amount of minutes to help him get right back up to the fitness levels to play in the league campaign.

“It was a positive night in a number of ways with his inclusion.”

The 29 years old was introduced to the game in the 61st minute when his team was down by a goal and scored his first goal in Swansea colours since 2016.

The former Olympic Marseille and West Ham United attacker got the equalizer for his side on the 80th minute mark and banged his second of the night in the 88th minutes securing a 3-1 win on the night.

The Ghana Captain was rumoured to be a surplus to the manager but could now warm himself into the team as the seasons progresses.

The Swans will now come up against Cambridge United in the second round of the EFL CUP at the Liberty Stadium.

Ghana opens up private burials to 100 persons amid Covid-19