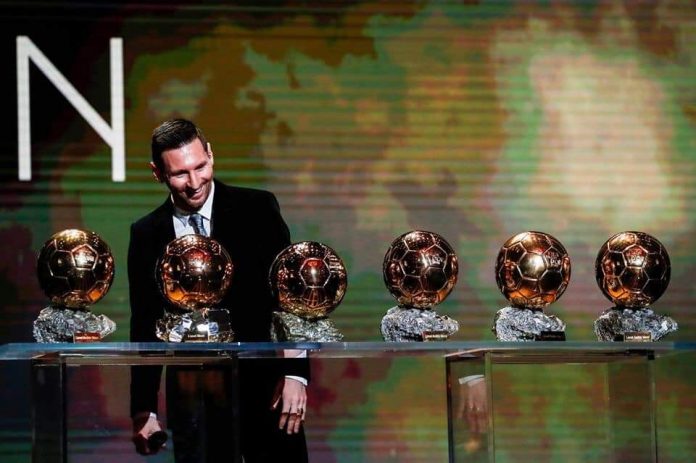 Barcelona forward Lionel Messi has won the Ballon d’Or award for the world’s best player for a record sixth time.

Virgil van Dijk was second – one of four Liverpool players in the top seven, including Sadio Mane in fourth.

Juventus and Portugal forward Cristiano Ronaldo, who has won the award five times, was third in the voting.

England defender Lucy Bronze was beaten to the women’s award, finishing second behind Megan Rapinoe, who was Golden Ball winner as USA claimed a second successive World Cup in 2019.

The 20-year-old, who joined Juventus this summer after helping Ajax reach the semi-finals of last season’s Champions League, beat Borussia Dortmund and England forward Jadon Sancho to the award.

AFTER THE SUN: Let There Be Light

PHOTO-BLOG: ‘Moneyball’ On The Roll