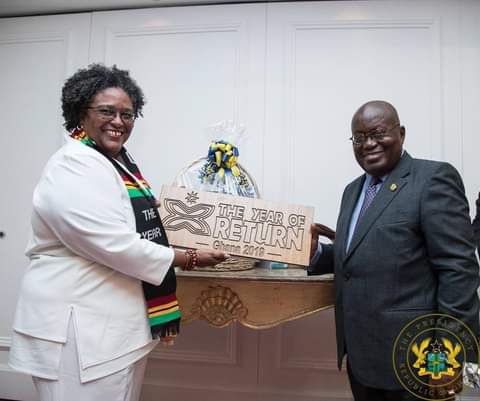 Barbados is set to establish its new mission in Ghana’s capital, Accra, officials have announced.

It is part of an effort to expand the country’s diplomatic footprint, toward economic reconstruction and business generation.

Two other new missions will be established in Kenya and UAE in the upcoming financial year, said Foreign Affairs Minister Dr Jerome Walcott.

He was speaking during a recent press conference where he highlighted the recent and proposed activities of the ministry.

“New diplomatic offices will be opened in Ghana, Kenya and the United Arab Emirates with the intention of expanding Barbados’ South-South cooperation, strengthening our global people-to-people contact, and also contributing to the national effort toward economic reconstruction, business and revenue generation, increased investment, and expanded trade in Barbados’ goods and services, including tourism,” he said.

He further explained the rationale for establishing diplomatic offices in Ghana, Kenya and the United Arab Emirates (UAE).

“These new missions will be at the forefront of efforts to identify new and emerging sectors that can propel and expand the Barbadian economy, and also to strengthen, advance and diversify bilateral and multilateral action to promote Barbados’ interests globally. Since Independence, our mantra has been “friends of all, satellites of none”; it is now time for us to widen our network of friends, especially in the face of COVID-19,” Walcott said.

The Mission Office in Ghana, which is said to be the ancestral homeland of a large population of Barbados’ population, will be established in Accra.

The minister pointed out that Barbados’ diplomatic presence in Kenya would be part of a shared Caricom office space, and would be a working example of strengthened regional cooperation.

He said the establishment of an embassy in Abu Dhabi would serve to significantly advance the growth of a stronger bilateral partnership with the United Arab Emirates, and would be a platform for the formation and strengthening of strategic alliances with other Gulf States.

Source: Daily Mail GH with files from the Jamaica Observer