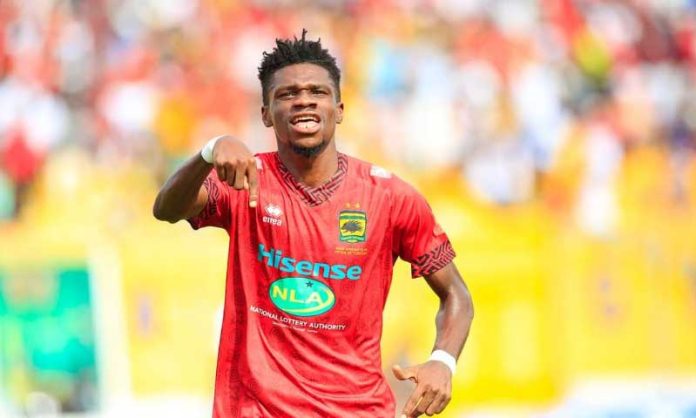 According to him the Cameroonian striker is ahead of all the players in the 2021-22 Ghana Premier League and in all domestic football in Ghana.

He stated that Daniel Afriyie Barnieh is the best player at Heats this season but in the league this campaign he will pick Kotoko’s marksman Etouga.

“Afriyie Barnie is the best player at Heats this season but in the league, I will say Mbella is my best,” he told Kumasi-based Akoma FM.

“He really did well, a foreigner playing for a big team with much pressure and still manage to score those goals, definitely I will say he’s the best.”

Barnieh, on the other hand also scored 10 goals for Hearts and helped them to win the 2022 MTN FA Cup trophy with a goal against Bechem United FC in Kumasi.