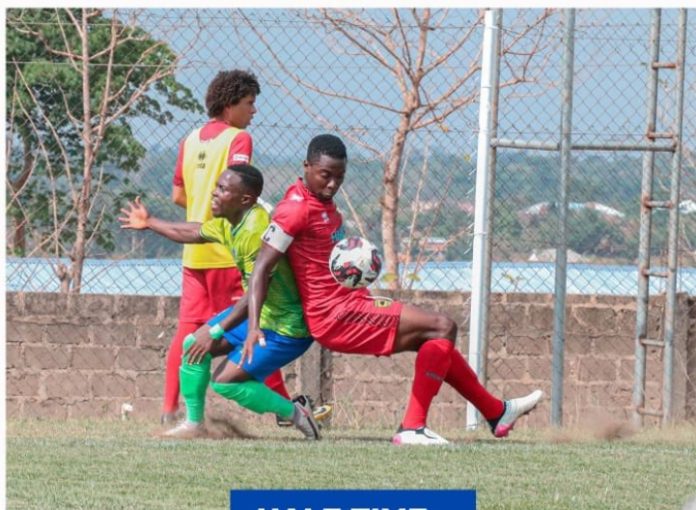 Bechem United FC and giant Kumasi Asante Kotoko SC played to a 0-0 stalemate on Tuesday afternoon at the Nana Gyeabour Park in Bechem on the Ghana Premier League week 19 clash.

The Hunters could not make use of their home advantage as the Porcupine Warriors took a precious point on the road in a pulsating and end to end clash on a sunny day.

Both teams created good chances in the early stages of the match with Kotoko goalkeeper Danlad Ibrahim making some wonderful saves in the match.

Kotoko had their chances of taking the lead but Samuel Boateng fluffed his chances with Salifu Mudasiru blasting over the goal post with his chance.

Emmanuel Avornyo was president a chance to score despite being in an offside position but the attackers effort was very tame which failed to trouble Danlad.

Early in the second half, both teams open fire with the aim of scoring the opener but could go past the defense of both teams.

Ibrahim Imoro’s free-kick nearly caused an upset in the box but his effort was adjudged not to have crossed the line.

Bechem were left off the hook when the upright came to their rescue with Danlad calling into action at the other side of the field as he Mysteriously denied former teammate Augustine Okrah.

The game ended goalless and soils were shared as Kotoko move to 41 points with Bechem going down the league table to 4th with 31 points.

Could Mahama be ‘Gov’t Official 1’ in Airbus bribery scandal? –...