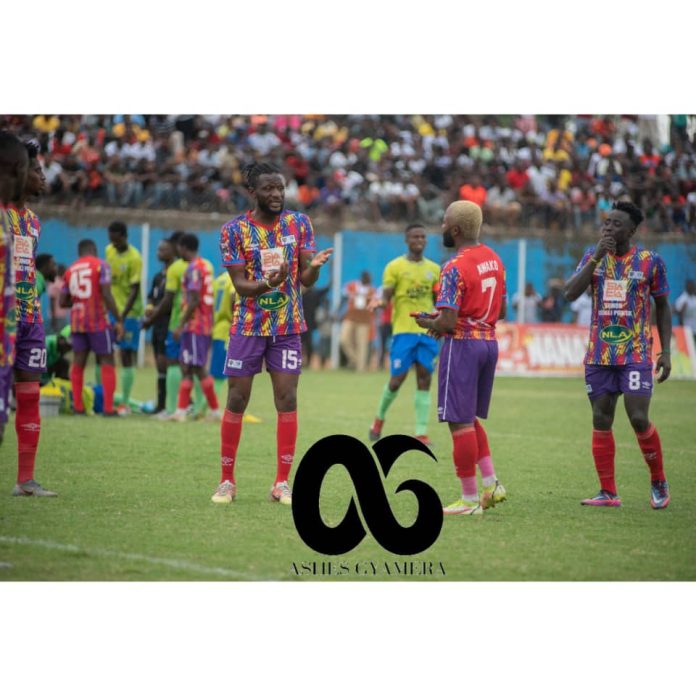 Ghana Premier League giant Hearts of Oak SC picked a point in their game at the Nana Gyeabour Park on Saturday afternoon against Bechem United FC.

The Phobians came from a goal down to secure a vital away point against the Hunters in their Ghana Premier League week 28 clash.

The two teams started with real intensity and determination but it was Bechem United that took the lead.

Inside Hearts of Oak penalty area, a ball came off defender Mohammed Alhassan and fell to Francis Acquah who blasted home from close range.

The away team equalized in first half added time as Suraj Seidu lifted the ball past the goalkeeper into the net.

There were no more goals produced in the game as it ended 1-1.

The draw means that Bechem United fail to close the gap on Kotoko again and now trail them 8 points as the Porcupines play tomorrow.

Hearts of Oak still keep their place on 3rd with 44 points.

The cChampions next game is at home to newly promoted team Bibiani Gold Stars FC at the Accra Sports Stadium next Sunday.

Bechem UUnited FC on the other hand will travels to the north to play relegation threatened Real Tamale United FC.

Otumfuo@70: You’ve been a peacemaker – Rawlingses