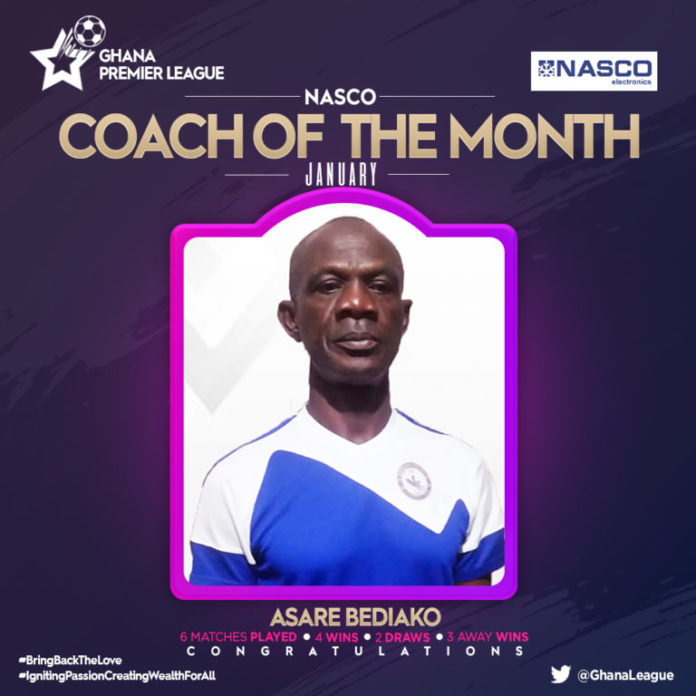 Coach Bediako saw his charges securing four wins and two draws in the month of January picking 14 points from a possible 18 in the process.

Coach Bediako will receive a Nasco television and a customised trophy for emerging the coach of the month.

THE ‘BABY JET’ HAS LANDED: Legon Cities Really Have Our Attention...

‘I converted to Islam because of my Muslim girlfriend’ – Thomas...