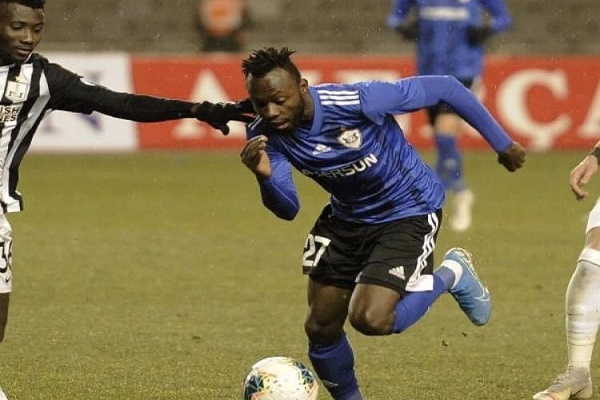 The home team started the game by firing on all cylinders and piled enormous pressure on the away team who hadn’t settled into the game after a slow start.

Owusu broke the deadlock of the match just 10 minutes into the game as the host’s pressure paid off in the opening minutes of the match to go up by a goal.

Two minutes later, the home team’s joy was cut shot as Vojislav Stankovic scored the equalizer with a thunderous finish to level matters for the visitors to make it 1-1.

Namig Alasgarov netted the second goal to complete the turnaround for the away team on the 68th minutes.

Owusu has a goal in three games this season for the Europa League side in the Azerbaijani Premier League.

Qarabag FK suffered their first defeat this season in all competition after five games unbeaten run.