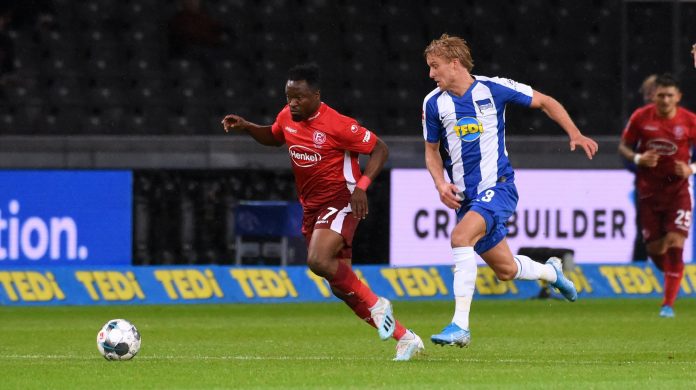 Bernard Tekpetey of Black Meteors fame excelled in the German Bundesliga for Düsseldorf despite his team’s 3-1 away defeat to Hertha Berlin at the Olympia Stadion.

The Black Meteors marksman saw full 90 minutes and showed glimpses of what should be expected of him at the club.

The 22-year-old on loan Schalke 04 attacker gave Hertha Berlin’s left back Maximilian Mittlestaedt a torrid time throughout the match drawing a host of free kicks for his team.

The former SC Paderborn striker proved his manager right for giving him a starting berth and could maintain his spot and make a mark in the team with such stellar and brilliant performances.

Düsseldorf have won just a game in the Bundesliga this season and could be facing relegation should they fail to up the ante.