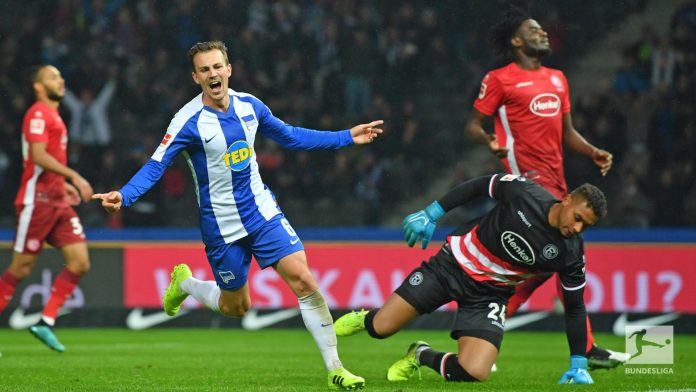 Black Stars solid defender Kassim Adams played full throttle as his side stumble in Berlin in the hands of Hertha.

Adams 24, and on loan from fellow Bundesliga side TSG Hoffenheim could not prevent his team from succumbing their penalty goal just after four minutes as Vedad Ibesevic pounced on a lose ball to make it 1-1.

Düsseldorf went behind with few minutes to the end of the half as Hertha’s in form Dutch international Javairo Dilrosun added to his impressive goal tally this season.

Former Düsseldorf star from Belgium Dodi Lukabakio came on as a second half sub to haunt his former side providing the vital final touch after a beautiful breakaway from the left to set up Vladimir Darida who slotted the ball home to seal a 3-1 win for the home side.

Africa’s Catholic churches face competition and a troubled legacy as they...