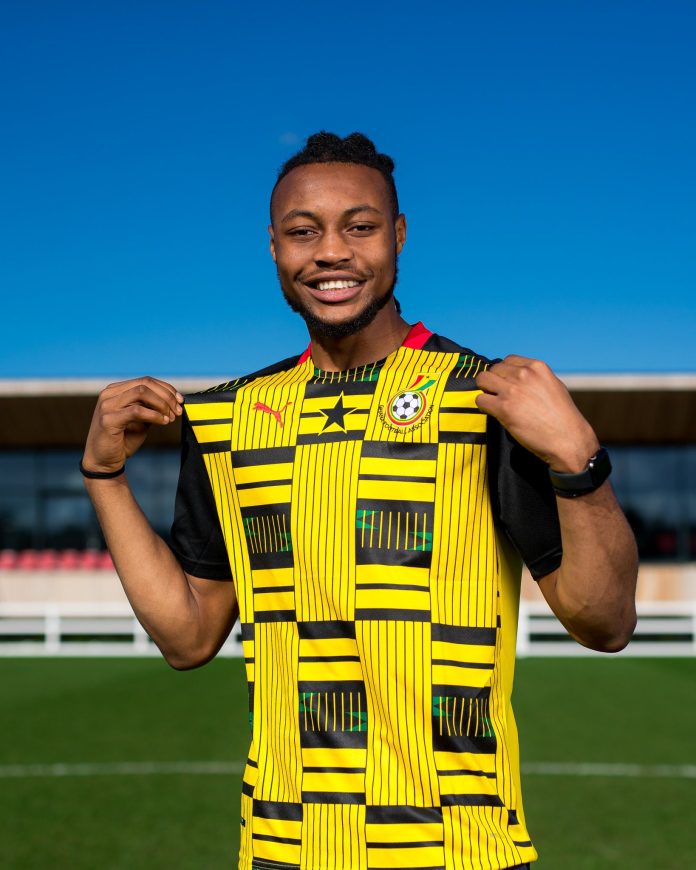 Black Stars newbie Antoine Semenyo has landed safely in Ghana ahead of 2023 AFCON qualifiers against Madagascar and Central Africa Republic in June.

The Bristol City FC striker is one of the players who reported in Ghana on Friday evening to begin preparation for the upcoming 2023 Africa Cup of Nations qualifiers.

He missed a chance to debut for Ghana in March against the Super Eagles of Nigeria in the 2022 World Cup playoff due to injuries he sustained at club level.

The 22-year-old striker has been in a fine form for the Red and Whites outfit as they maintained their championship status in England.

He has been tipped for a summer move to a Premier League club with West Ham United FC and Newcastle United said to interested in the player as well as newly promoted team AFC Bournemouth.

He scored eight goals and provided 12 assists in the 2021-22 English Championship season for Bristol City FC.

He could make his debut for Ghana against Madagascar on home soil when Ghana takes on their opponents at the Cape Coast stadium on June 1.