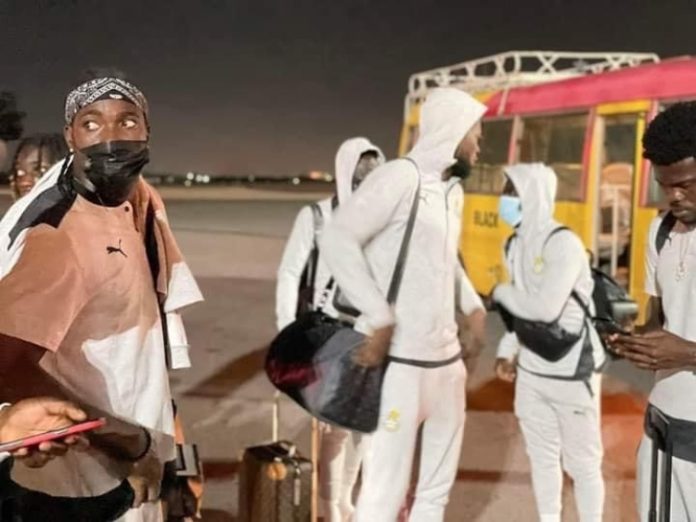 Ghana’s Black Stars shamefully sneaked into the country on Thursday dawn after a disastrous and shambolic AFCON 2021 performance in Cameroon.

According to our trusted sources from the Ghana team, the Black Stars players together with management and technical team arrived in Ghana at 3am on Thursday, 20th January.

Ghana suffered a humiliating and disgraceful defeat to minnows Comoros in their final group C encounter in Garoua which kicked them out of the competition as they finished last in the group.

The Stars loss their opening game of the ongoing Africa Cup of Nations tournament in Cameroon to Morocco before the draw against Gabon in a heartbreaking fashion.

Black Stars got only one point from three games and failed to to win a single game at the tournament for the first time in the competition since taking part after independence.

The players are expected to join their various clubs after the arriving in Ghana after their elimination.