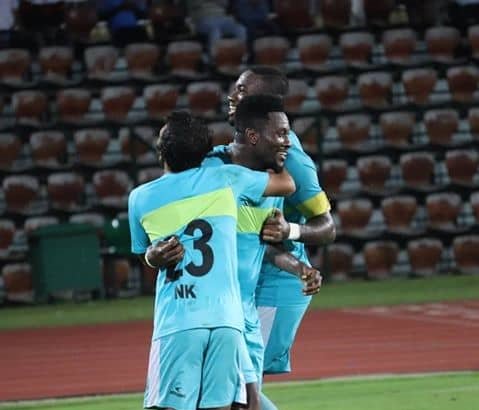 Former Black Stars captain , Asamoah Gyan scored on his debut game for Northeast United in a game against the Indian National Team.

The forward opened his account for his new club on the stroke of halftime as he side drew level having conceded in the 34th minute.

The former Sunderland forward was withdrawn with on the 70th minutes with just 20 minutes to end proceedings proceedings as his side held on to draw 1-1 with the Blue Tigers.

Gyan is expected to feature as his side travel to play Bengaluru in the Indian Super League (ISL) opener on Monday, 21st October 2019.

Gyan scored debut goal for almost all the teams he’s played for and did not disappoint this time round too.

Nana Kofi Owusu: Meet the Ghanaian who is Oxford’s most wanted...