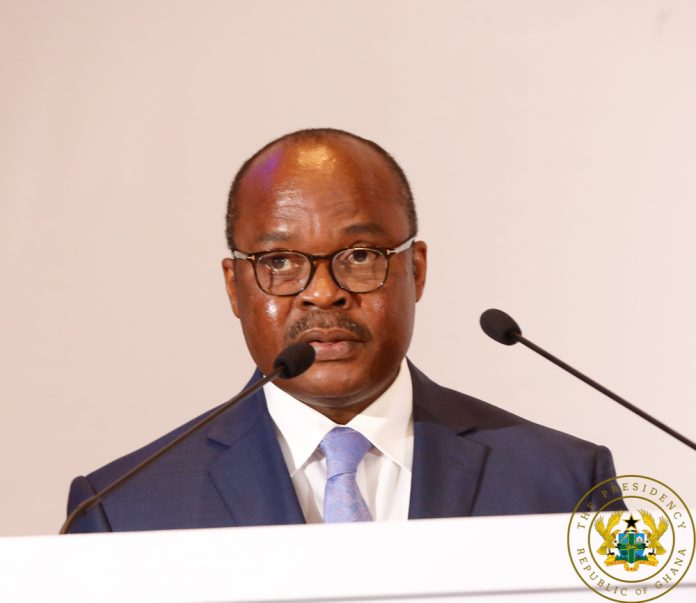 The Bank of Ghana on Friday  dismissed one of its officials, Mr Gilbert Addy, for gross misconduct in relation to corrupt transactions and for accepting bribes in connection with the award of a contract to Sibton Switch Systems Limited in 2016 by the previous Management of the Bank of Ghana (BoG).

Bank statements have revealed that secret and corrupt payments of GH¢410,000.00 were made by Sibton Switch Systems Limited and its parent company Sibton Communications Limited to Mr Gilbert Addy at the Bank of Ghana via a shelf company GIB JUST Systems Limited, which was owned by him. Indeed, he was listed as Director and Shareholder of the Company.

On the 9th of April 2018, Sibton Switch Limited filed a Request for Arbitration at the International Dispute Resolution Centre (IDRC) of the London Court of International Arbitration (LCIA) against the Bank of Ghana for breaching the Master Agreement for the Ghana Retail Payment Systems Infrastructure entered into by the two parties.

After the 2016 elections and on the appointment of a new Management of the Bank of Ghana, it became necessary to review the terms of the contract entered into by the previous administration. In reviewing the contract the new Management of the Bank reached the conclusion that Sibton had neither acquired the licence nor fulfilled the condition precedent for the effectiveness of the rights and obligations of the parties. The Agreement, which dealt with the grant of exclusive rights to Sibton Switch to build, operate and own the Ghana Retail Payment Systems Infrastructure was therefore terminated on the basis that it never came into effect.

The Claimant, Sibton Switch, went to the LCIA seeking relief in the sum of USD 478 million from the respondent, Bank of Ghana.

These corrupt payments and bribes were uncovered by the Bank’s International Legal Counsel, Hogan Lovells, during their preparation of the Bank’s defence to the arbitration claim brought by Sibton Switch, in respect of the terminated contract.

As part of their preparation for the hearing in London, International Legal Counsel undertook two and investigative missions to Ghana from 14th – 17th 2018 and subsequently from 8th– 17th 2019, to gather and collate evidence. During these two missions, they gathered materials and interviewed all members of BoG staff who had been involved in this transaction, one way or the other.

The investigations revealed a sham contract signed between Sibton Switch Limited and the shelf company, GIB JUST Systems Limited, which showed that further payments totalling USD $500,000 (GH¢2.7 million) were to be paid to him.

The investigation also revealed the depth of involvement of Mr Gilbert Addy who deliberately concealed from the Bank of Ghana, the payments received and the USD $500,000 sham contract with Sibton Switch Ltd. Indeed, he deleted his email records to hide his misconduct. It became necessary for the Bank and its international lawyers to retrieve these records from email back-ups. These corrupt payments were also concealed from EOCO during their initial investigations into the Sibton Switch contract, in early 2017.

The misconduct by Mr Gilbert Addy was of the most serious nature and a gross violation of the trust placed in him, breaching the Code of Conduct for Bank of Ghana staff, and the BoG Senior Staff Rules and Conditions of Service, as well as the Bank of Ghana Code of Ethics.

Mr Gilbert Addy was the Project Manager leading the interoperability project. His role was to safeguard the Bank’s interests in the project but instead he accepted huge bribes (which were more than 14 times his annual salary at the Bank of Ghana).

It appears that the entire bidding process for the procurement of Sibton Switch was managed with the knowledge of the previous leadership of the Bank of Ghana in 2016, who appeared to be under intense pressure to deliver the contract to Sibton Switch Limited.

In addition, the tender price of Sibton Switch was more than 33 times more expensive than the next most expensive bid however Mr Addy, under the supervision of the Management at the time, ensured that Sibton Switch won the bid.

Following the termination of the contract with Sibton Switch in 2017, the Bank of Ghana’s subsidiary, GhIPSS, was able to deliver mobile payment systems interoperability at a small fraction of the cost, saving the Ghanaian taxpayers billions of Cedis.

In the light of the gross violation of trust and breach of his duties, the Bank of Ghana has taken action to dismiss Mr Gilbert Addy. The misconduct of this Official took place in 2016 during the tenure of the previous Governors of the Bank of Ghana. The Bank’s current Governor, Dr Ernest Addison, has made clear by this action that he, the Board and Management of the Bank of Ghana will maintain a zero tolerance policy towards corruption.