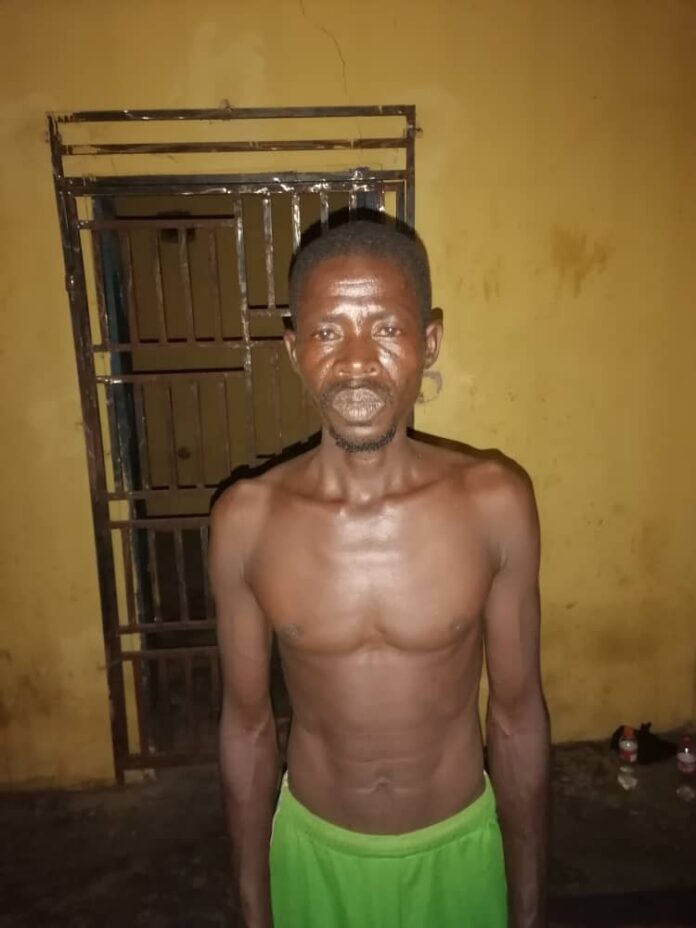 A man is accused of murdering his 30-year-old wife with a gun, before reporting himself to the police, Saturday.

Yaw Muntom, 45, lived with the deceased, Abena Jayon and their nine children at Lele, a surburb of Prang in the Pru East District of the Bono East Region.

But a quarrel broke out at about 15:00 hrs on that fateful day, forcing the suspect to pull out his single barrel gun and shot his wife, killing her instantly.

Police rushed to the crime scene, around 4pm yesterday, after the suspect reported the domestic incident involving the lethal weapon.

The deceased was found lying in a pool of blood “while the single barrel gun allegedly used to kill her also lying beside the body”, according to a police incident report.

“The body was carefully examined and a gunshot wound was seen on her left shoulder closed to the neck.

The gun was also inspected where an empty BB cartridge was found in the gun chamber”, the report read.

The body of the deceased has since been conveyed for preservation and autopsy.

The suspect has been detained as police open investigations into the matter whilst the exhibits have been retained for evidential purposes.