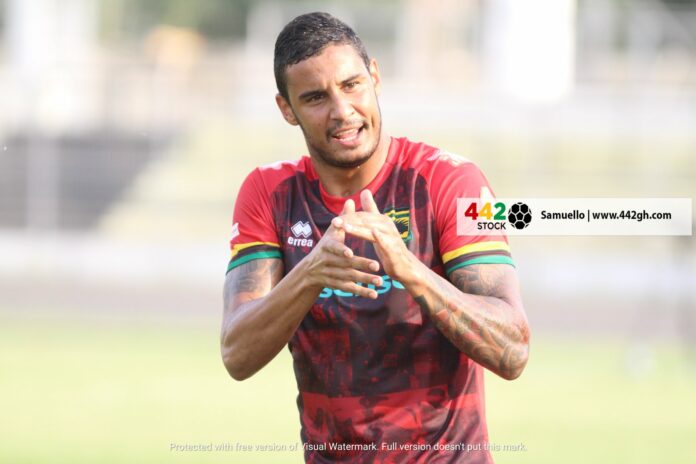 The Porcupine Warriors were the better side right from the blast of the referee’s whistle and dominated the early stages of the game.

On the 13th minute mark, Kotoko were awarded a free-kick from 35 yards out and Brazil star, Fabio Gama set up Black Stars defender, Ismael Abdul Ganiu to score a thunderbolt to make it 1-0 to the home team.

Two minutes to the break, Augustine Okra found Gama inside the box who finished excellently to double the Reds and Whites advantage before heading to the break.

On the 63rd minute of the second half of the match, Ibrahim Imoro sent in delicious cross into the box which was headed in by youngster Francis Andy Kumi who joined last month to make it 3-0 and put the game beyond the reach of the visitors.

Eight minutes to full time, Gama sent in a cross from the right side of attack, and substitute, Godfred Asiamah’s shot hit the woodwork before another Brazilian player Michael Vincius Silva da Morais tapped in from close range to make it 4-0 as he took only two minutes minutes to announce his presence in the Ghana Premier League.

Kotoko could have had more goals but failed to make use of the their chances as they whipped the Hunters 4-0 to go third on the league table after 18 games with 32 points.

Fabio Gama has scored two and provided two assists in his last four games for the Porcupine Warriors.

‘I’m here as your sister’ – Prince Harry and Meghan in...