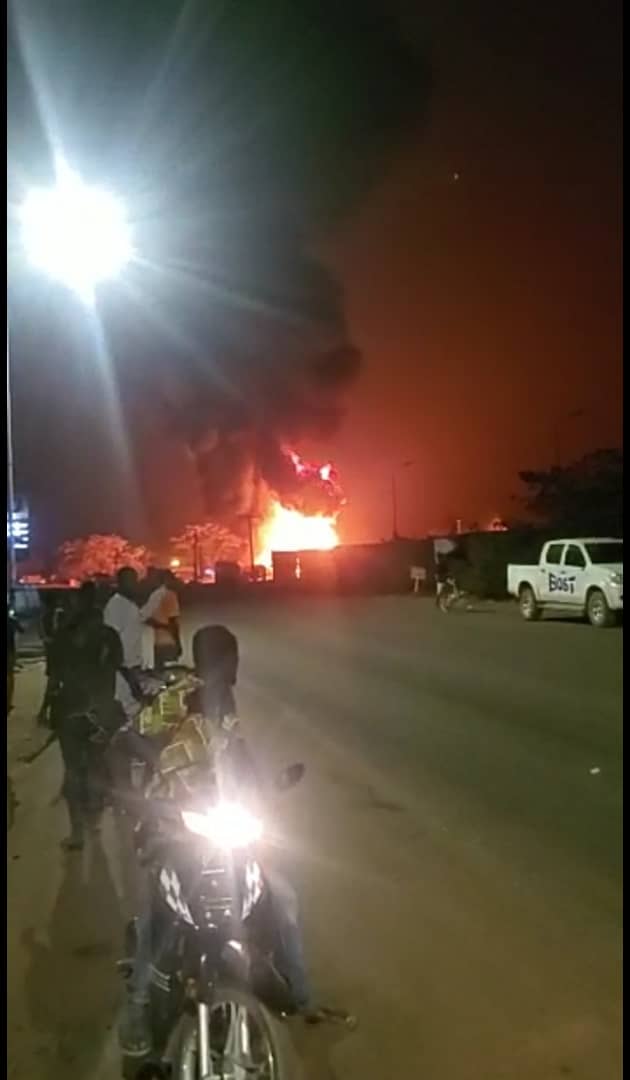 At least five fuel tankers belonging to some oil marketing companies have been destroyed after a fire outbreak near the Bulk Oil Storage Transportation (BOST) at Buipe in the Savannah Region, officials say.

Firefighters were called from Tamale, the Northern Regional capital just before 21:00 GMT on Friday.

Footages obtained by Dailymailgh.com showed billowing smoke at the scene as some residents looked on helplessly.

Though firefighters managed to douse the inferno, officials say investigations would be launched to establish the cause of the fire.

“In all about five trucks were burnt down with the products they had been loaded with. In our estimation, this will not affect the operations of the company nor will same affect fuel supply situation in the north of the country,” said Marlick Adjei, Head of Corporate Communication and External Affairs at BOST.

“We look forward to carrying out the needed investigations to feed the public later with the precise cause of the fire”, he further added.