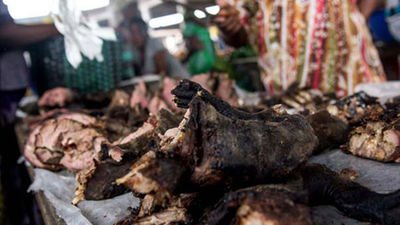 The Tanzania government has started the sale of bushmeat to the public under strict rules. This follows President John Magufuli’s order to authorities early this year to open game meat selling points across the country in a bid to stop illegal hunting.

Besides maintaining the overall cleanliness of the selling facilities, operators will be required to issue Electronic Fiscal Device receipts to buyers and show “sources of meat at a particular selling time.”

One of the rules is that operators must “slaughter animals at a licensed meat abattoir and surrender any trophy including skull and skin unless they have a trophy ownership certificate.” Also, the butchers will be subjected to constant scrutiny by a ministerial committee composed of professionals in wildlife veterinarian; wildlife management; food and drugs control; health control management and meat inspection.

The first selling point was inaugurated in Dodoma, where wildlife management officials joined residents at the butchery, which sold meat for about $2 per kilogramme.

“We are ready to supply you with mitamba (young animals) to rear in the ranches, which you are going to set up,” said Hamisi Semfuko the chairperson for the board of directors of the Tanzania Wildlife Management Authority (Tawa) at the event.

The butchers will set up in 23 already identified administrative regions in the country. Tawa will oversee them plus the entire supply chain from the wild to the marketplace to ensure safety.

Recent statistics show that about 2,000 tonnes of ill-gotten bush meat are seized annually in the country valued at $50 million, with 80,000kg consumed by the Serengeti communities alone per week.

Meanwhile, paramilitary operations in key wildlife parks and game reserves have seen 11,838 illegal hunters arrested in the past four years.