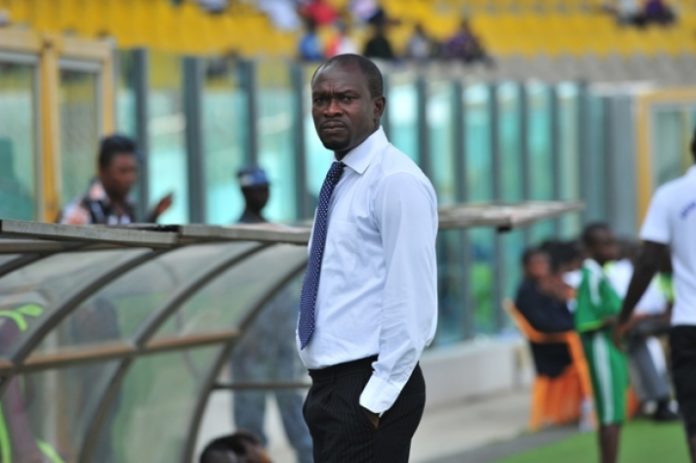 On 6 March 1957, Dr. Kwame Nkrumah uttered some famous words. Those that stuck most, of course, were on Ghana being “free forever,” but also memorable was the part about “the black man [being] capable of managing his own affairs.”

By mid-1960, when Ghana first became a Republic and rid of all vestiges of its colonial past, that statement truly came alive. The passage of time further vindicated Nkrumah’s claim – certainly not in the sense of how affairs have been managed, though — as more and more ‘able’ Ghanaians filled the nation’s positions of authority, with the notable exception of one: the Black Stars’ head coach role.

Since Ghana turned independent, many more foreigners have handled the senior national team than Ghanaians. The first three trainers of the Stars during the regime of Nkrumah — a man who held great interest in the team’s fortunes — were imports, but a switch was soon made that saw former captain Charles Kumi Gyamfi take the wheel.

Gyamfi, affectionately called ‘C.K’, would win two successive Nations Cup titles for Ghana (a third, in 1982, would cement his legacy as the greatest of them all); the plan, it seemed, was to keep the Stars’ affairs just where Nkrumah wanted it — in the hands of a black man (Ghanaian, yes).

Nkrumah was soon ousted by a coup d’etat, however, and his ideals didn’t survive him. A queue of two Germans, as many Brazilians, and a Romanian followed, marking a not-so-bright period for the Stars, before the longest uninterrupted stretch of Ghanaian management thus far — four men in six years — came. The ensuing years have brought a cloud of expatriates from all over the world: Germany, Denmark, the Netherlands, Romania, Italy, Serbia, Israel, France, Portugal, and Brazil.

But that cloud has not been without a silver lining, as we’ve lived through the tenures of some local coaches — just not enough to make a lasting impact. Those who have had the privilege this century could be counted on one hand, and only recently departed Kwasi Appiah’s four years have been of any significance in length or success. And while not much is thought of what Appiah accomplished by most Ghanaians, the popular opinion — that which matters, anyway — favors a continuation of the line of local coaches at the helm.

The plan that was ditched many years ago may never be revived (it should, though, argues Ghanaian football writer Fiifi Anaman), but if Akonnor makes more of his chance than Appiah did, the run could go on a little longer.

Between one C.K and another, hope springs eternal.

HEALTHCARE DELIVERY IN GHANA: Time to Step Up

EPISODE 4: When The Sun Pointed South

Israel celebrates 6 decades of relations with Ghana with ‘Strings of...