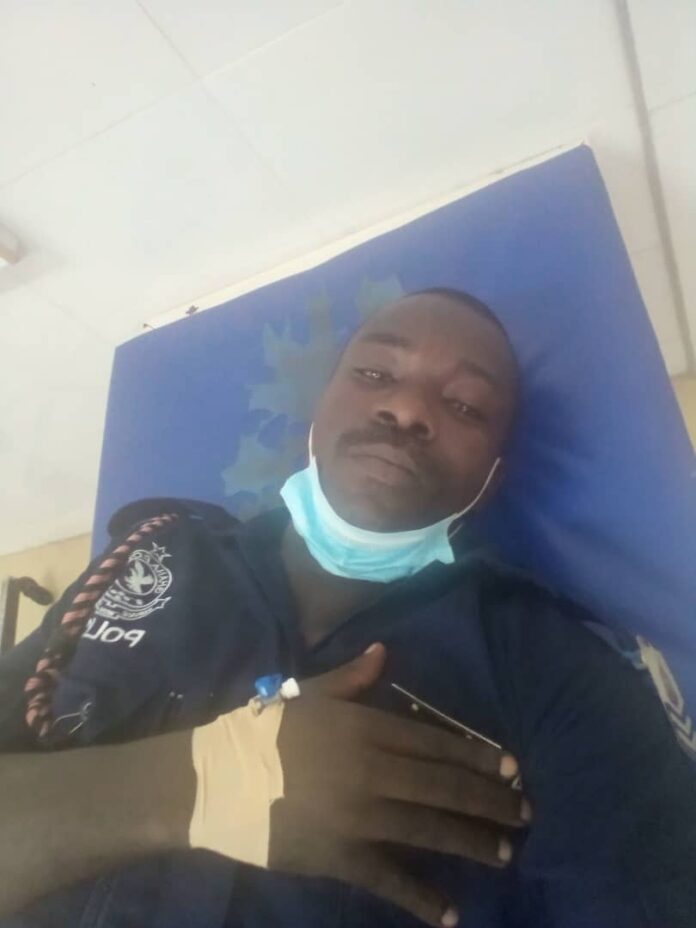 There is widespread agitation among police officers in the Ajumako/Enyan/Essiam District town of Orchiso after the District Chief Executive (DCE) of the area led an attack on one of their colleagues.

Police in the Central Region said on Monday that the said officer G/Corporal Frank Mensah is receiving treatment at the Ajumako Hospital.

The DCE, Ransford Kwesi Nyarko, has since been admitted to bail after spending hours in police custody.

Director of Public Affairs at the Central Regional Police Command DSP Irene Oppong said the incident happened on at about 4 pm on December 2, 2020.

She said the victim on that fateful day received a complaint from one Adwoa Sophia that her grandson 18-year-old Kofi Akorfo had been assaulted by one Cosmos without any provocation.

Giving further details, DSP Oppong said the officer who was at post at the time arrested the suspect after he issued a medical form to the complainant to take the victim to the hospital.

DSP Oppong said shortly after the officer the arrest, a man who was in charge a motorbike arrived at the charge office and requested he engaged a caller, in a telephone conversation.

The caller, who was later identified as Bob, the NPP Constituency Chairman rained insults on the officer for discharging his lawful duties, the police spokesperson said.

The officer who became offended discontinued the conversation and handed over the phone to the messenger.

DSP Oppong said no sooner had the officer truncated the conversation with the caller than two vehicles arrived at the police station.

She named the DCE, Ransford Kwesi Nyarko and eight others –including Bob and one other who was in military uniform –as occupants of the vehicles.

“Without any provocation, they pounced on him [the officer] and assaulted him in the presence of two Community Assistants who were on duty with him”, the police said.

Officer Frank was later issued a medical form for treatment after he complained of severe pains in his spine following the attack.

No show of leadership

The DCE’s action has widely been condemned by many including the Central Regional Minister Hon Kwamina Duncan.

In an interview with Accra-based JoyNews, the Minister said: “Nobody is above the law and so whatever be the case the police must investigate. I told him in the face that he did not provide leadership”.

“As we speak the DCE has taken his statement and has since been granted bail”, the Minister said.