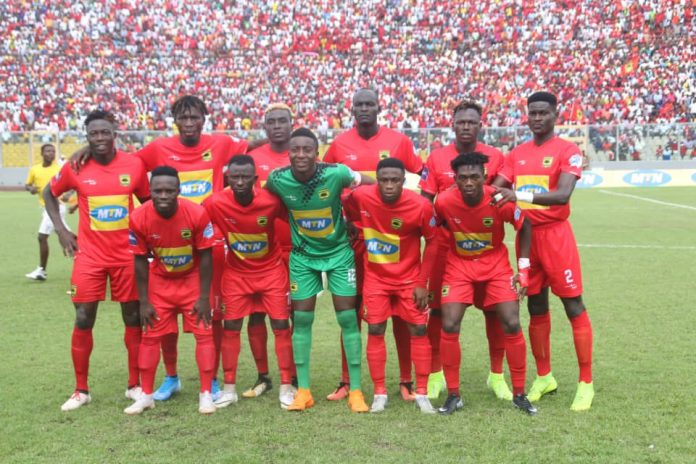 The 3-0 scoreline means the Porcupines are out of the 2019/20 CAF Champions League losing 2-3 on aggregate.

Etoile took the lead in the first half from the spot-kick and added two headed goals in the second half by striker Ariri Karim.

Asante Kotoko made little incursions throughout the game creating a few goalscoring opportunities in the most talked about clash in Monastir.

Etoile was a different team comparing them to their away game in Kumasi as they piled pressure on the Porcupines in the second half and got their reward with seven minutes left to play with 10 men.

Kotoko’s defense was porous and were always found wanton whenever the Tunisians got to the final third of the field leading to their elimination.

Asante Kotoko have a chance to right the wrong as they still remain the sole representative for Ghana in CAF competition and will be drawn in the CAF Confederation Cup playoffs to have any hope of making the group stage.