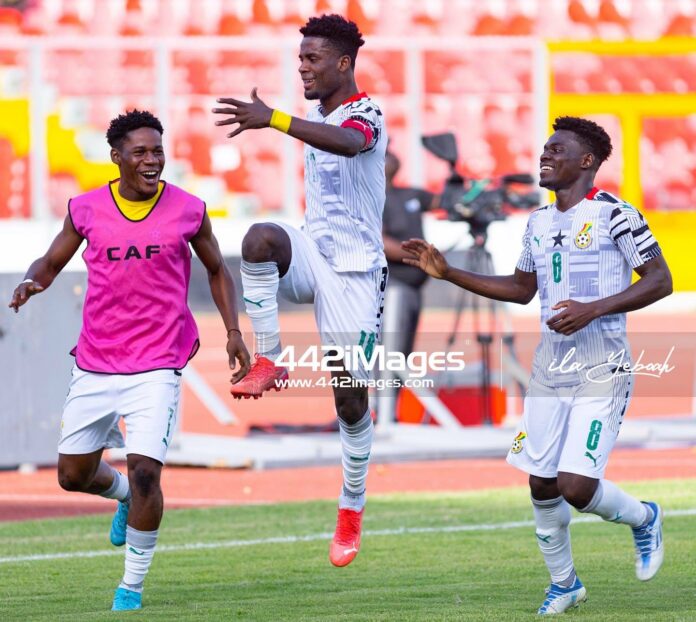 Accra Hearts of Oak SC star player Daniel Afriyie Barnieh once again found the back of the net for Black Meteors at the Baba Yara Sports Stadium in Kumasi on Sunday afternoon.

Ghana’s Black Meteors went through to the next round of the CAF U-23 Africa Cup of Nations (AFCON) tournament with comfortable win over Mozambique.

Sylvester Simba scored the first goal of the match to put Ghana in the lead with a scintillating strike as he was assisted by Augustine Randolph.

Ghana’s captain Daniel Afriyie Barnieh scored from 12 yards in the 54th minute to double the lead for the hosts.

The game ended 2-0 in Ghana’s favour.

The Hearts of Oak talisman scored three goals in the home and away fixture against Mozambique in the qualifiers.

The Ghanaian side have qualified for the third round of the TotalEnergies Africa U-23 Cup of Nations and will play DR Congo next.

Storekeeper in court over alleged foodstuff theft at Sekyedumase SHTS