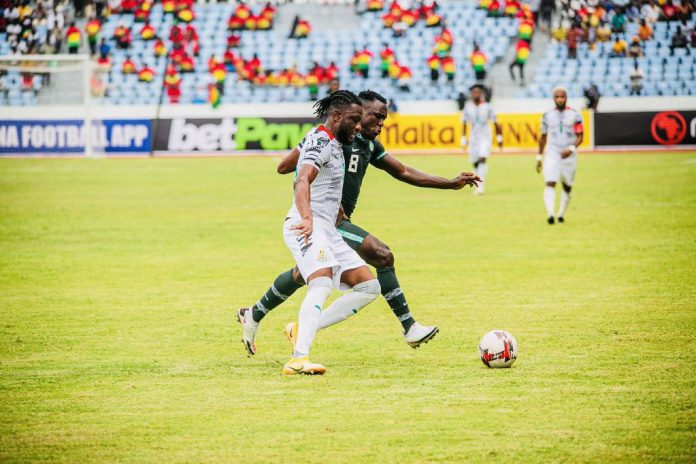 Ghana started the game on a blistering pace and controlled the game really well in the early stages of the encounter at the Cape Coast stadium.

Nigeria came into the game really well and gave Ghana something to worry about early in the first 45 minutes of the match.

Early in the second half of the match, Ghana’s goal bound effort was deliberately handled in the box which resulted in a spot kick for Ghana.

Accra Hearts of Oak SC striker Daniel Afriyie Barnieh stepped up to send the goalkeeper the wrong way to make it 1-0 to the hosts with a perfect spot kick.

David Abagna Sandan had a great opportunity to make it 2-0 but his effort went way over the crossbar.

Later on in the game, Abagna sent in a beautiful pass into the path of another Hearts of Oak star Suraj Seidu to grabbed the second goal on a second attempt after his initial effort was saved by the goalie.

The Ghanaians take a huge advantage ahead of next week’s second leg in Nigeria at the Moshood Abiola National Stadium in Abuja.