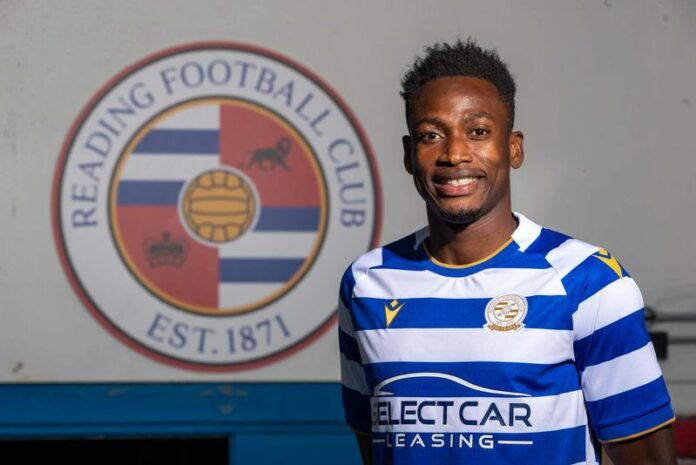 The Ghanaian international has joined the Royal Blues on a season long loan deal which will keep him at the club till 2022 summer.

The club announced the signing of the 27-year-old former Schalke 04 and Augsburg man on Friday afternoon.

Read the club statements below:

We are very pleased to confirm that left-back Baba Rahman has joined Reading Football Club on a season-long loan from Chelsea, subject to the normal ratification procedures from the relevant football authorities.

The 27-year-old has represented the Blues in the Premier League and Champions League, as well as bringing with him top-flight experience in Germany, France, Spain and Greece – and now embarks on a new challenge in Berkshire as a Royal!

Royals manager Veljko Paunovic said: “It is no secret that recruiting an experienced left-back was a priority for us this summer, so I am delighted that we have managed to do this deal to bring Baba to Reading. He is a quick, strong, physical footballer who has a lot to offer to the club and the players around him. Baba was really keen to be part of our project and to test himself in this tough division and I am excited to see him playing for us.”

Born in Tamale in the north of Ghana, his pro career sparked into life whilst on loan at top-tier side Asante Kokoto, who he helped to win the Ghanian Premier League in 2011-12 while still a teenager.

Impressive performances on African soil attracted interest from overseas suitors; Bundesliga side Greuther Furth were the club which brought him to Europe in 2012. Three seasons spent in Germany – two with Furth, and one with Augsburg – preceded a move to Chelsea in 2015.

His Blues debut came in September 2015 in a 4-0 win over Maccabi Tel-Aviv in the Champions League; a domestic debut came a week later in a 4-1 victory at Walsall in the Capital One Cup, and then finally he made his Premier League bow the following month as Aston Villa were defeated 2-0 at Stamford Bridge.

After playing 26 times for Chelsea across the 2015-16 campaign, he returned to Germany to join Schalke 04 – where he would spend two and a half seasons on loan stints. In the 2016-17 campaign, he was part of a Schalke side which reached the quarter-finals of the Europa League – his first goal for the club was the decider in a group-stage match against Nice.

Rahman would spend the second half of the 2018-19 campaign on loan in France with Reims – he netted in the final of his 11 games for the club in a 3-1 win over a Paris Saint-Germain side which included the attacking prowess of Edinson Cavani, Angel Di Maria and Kylian Mbappe, and helped his team to secure an eighth-place finish in Ligue 1 – their highest league placement since the 1970s.

He has since spent two more stints away from Stamford Bridge – firstly with Real Mallorca in La Liga in 2019-20, and then last season in Greece with PAOK. He scored just 18 minutes into his maiden appearance for PAOK in a 4-0 league win over Lamia – eventually helping the team to finish second in the league. Rahman’s final appearance in the black and white stripes came against runaway league winners Olympiacos – he played almost the duration of the Greek Cup final as PAOK caused a 2-1 upset to lift the trophy.

On the international stage, Baba has 33 international caps to his name for Ghana. He was an ever-present for the Black Stars during their 2015 Africa Cup of Nations campaign in Equatorial Guinea – which came to a heartbreaking end when Ivory Coast triumphed by a 9-8 scoreline in the penalty shoot-out victory after the final had ended goalless.

His most recent cap came during the summer in a friendly fixture – again a 0-0 draw with Ivory Coast – where he lined alongside Andy Yiadom in the Ghanian defence.

And now, the next chapter in his career is at the Select Car Leasing Stadium as a Royal. He will wear the name ‘Baba’ on his shirt, and has been allocated squad number 21.

Chief Executive Dayong Pang said: “We are delighted to complete this deal to bring Baba to Reading. He brings a wealth of experience of the game from playing football in the Premier League, around Europe and for his country. His knowledge and ability will be hugely important for us across the course of another busy season.”