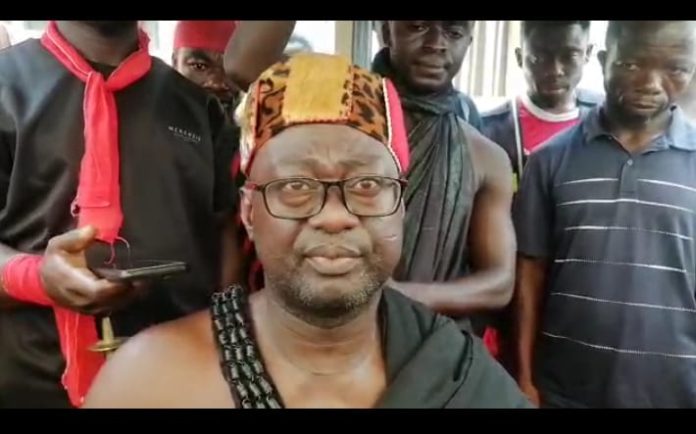 Chiefs in the Offinso South Municipality in the Ashanti Region are kicking against what they describe a decision by the government to relocate a hospital project to neighbouring Akomadan, the capital of the Offinso North District.

The Chiefs said they have been taken by surprise following the move by Health Minister, Kwaku Agyemang Manu to build a hospital at Akomadan after an initial agreement to put up the project at Offinso.

Mr Agyemang Manu announced in Parliament that the Government will soon begin the construction and equipping of 40-bed district hospitals, which are to be located at Ayensuano, in the Eastern Region; Effiduase and Offinso both in the Ashanti Region, at the cost of €38,000,000.00.

The Minister later announced during the consideration of the motion that there were some errors in the transaction that needed correction and relocation.

“Mr Speaker, if you look at the motion, we are approving motion 23 for construction and equipping of 40-bed district hospitals at Ayensuano, Effiduase and Offinso.”

The development has, however, angered the Chiefs and opinion leaders in the Offinso South Municipality, who say the Government is denying them their due.

He indicated that farmers in the area who planted cashew and other crops had to hand over the land and the plantation was destroyed to pave the way for the project, since it was one that would be beneficial to the entire area.

Baffour Osei Kuffour said the Government’s decision to change the location for the project will have dire consequences on the electoral fortunes of the New Patriotic Party (NPP) in the area since residents in the constituency, which is the NPP’s stronghold, will vote against the party in the upcoming elections.

He added that “Our roads are deplorable, and the Government failed us after making several promises. The market at New Town has not been built after it was demolished. Why is the NPP Government not able to fulfil its promises to the people of Offinso?”

He appealed to President Akufo-Addo to ensure the intended hospital project is built at Offinso and not Akomadan, since it was officially meant for the people of Offinso.

He also questioned why the Government continues to deprive the Offinso Municipality of development and also take away a project like a District Hospital that will cater for the health needs of the growing population in the area.

Even before the concerns by the traditional authorities, Member of Parliament for Offinso South, Isaac Yaw Opoku, on Tuesday, March 22, 2022, contested the relocation of the proposed District Hospital from Offinso South to Akomadan in Parliament in the presence of the Health Minister.