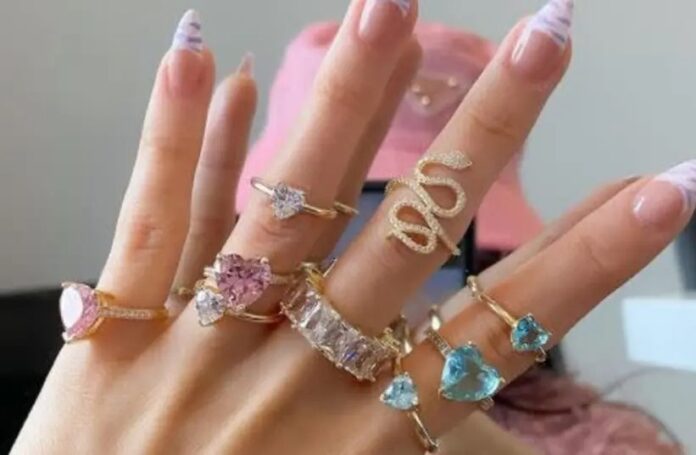 A-listers in the entertainment industry are known for their sense of style and willingness to make a statement with each piece of clothing they wear. The fact that Chvker Jewelry is well-known among Hollywood’s A-Listers is a major factor in its success.

A-Listers make an effort to make statements about their daily fashion style by being the center of attention at red carpet events and on social media sites such as Instagram, Twitter, and YouTube. Megan Fox, Bella Thorne, Bella Hadid, Stormi Webster (Kylie Jenner’s & Travis Scott’s daughter), Vanessa Hudgens, Addison Rae and a host of other celebrities swear by the consistency of Chvker Jewelries and how it enhances their personal style.

The founder of Chvker Jewelry used an Instagram influencer outreach campaign to introduce the brand to the entertainment industry, gain support from A-listers, and expand the brand by showing them available jewelry pieces and asking if they would be interested in wearing them.

These A-listers can be seen wearing a Chvker Jewelry fashion item in some of the images they share on their Instagram accounts. This shows that they are not only loyal to the company, but also proud owners of the jewelry.

The brand’s reach has extended beyond borders. A customer described one of the brand’s necklaces as “Beautiful and great quality!” in one of the many positive reviews on the brand’s website.

“Jewelry is something that has to do with emotion,” says Ann Demeulemeester, sharing the founder’s passion. The facet of jewelry fascinates me.”

“I want someone who wears a Chvker Jewelry accessory to look in the mirror and feel confident and empowered,” says Nazlia Yunus, creator of Chvker Jewelry. Many A-listers feel attended to by the brand and the sense of belonging it provides because it is built to make them feel optimistic and motivated.