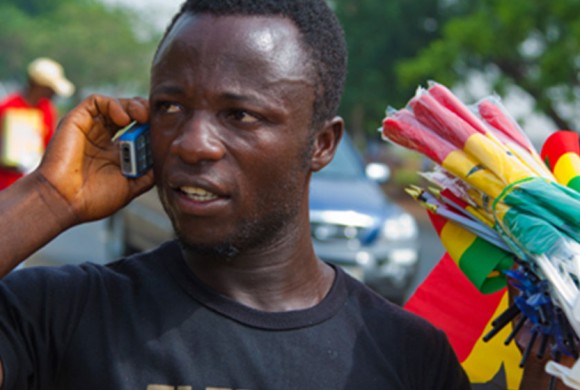 Every Ghanaian has come across this guy at least once — you know, this guy who gets on his phone in a public space and then seems to forget that others can hear his conversation.

You meet him at random places — beside you in the early morning waakye queue, waiting with you for the trotro, or sharing the ride with you, etc — and, occasionally, you are forced to hold back a snort as he/she tells a blatant lie about their current location or makes a statement so outrageous it causes all ears nearby to perk up for more.

Well, here I am in my favorite mode of transport — the trotro, if you haven’t realized by now — and we’ve been presented with one such specimen. This man — call him ‘Wofa’ — has been on the phone ever since we set off, with his booming voice and animated conversation keeping all on the bus attentive.

The quotation of those huge figures certainly had heads turned, especially that of the pretty, young woman sitting in the row just ahead of the man.

The business talk goes on for a while before Wofa is apparently asked about some girl. How do we know?

“Oh, that girl?” he begins. “Ignore her. See, when I ask you to set me up with girls, you should really be doing better because this last one was abysmal. All she cared about was money, you know. In the few weeks we’ve been hanging out, I think I’ve spent close to 150 million old Ghana Cedis on her.”

From Wofa’s next words, it could be concluded that the person at the other end didn’t quite think much of splashing cash on the mystery lady.

“Ah, Kwadwo, the fact that the money is there doesn’t mean we should spend it anyhow, my friend!”

At this point, we all have our interest piqued, but just then — with the phone still at his ear — Wofa actually receives a call with the ringtone so loud that he has to jerk the device away to a safe distance.

Meaningful looks are exchanged around the trotro before a wave of laughter erupts, at which point Wofa probably has only one thought in mind: