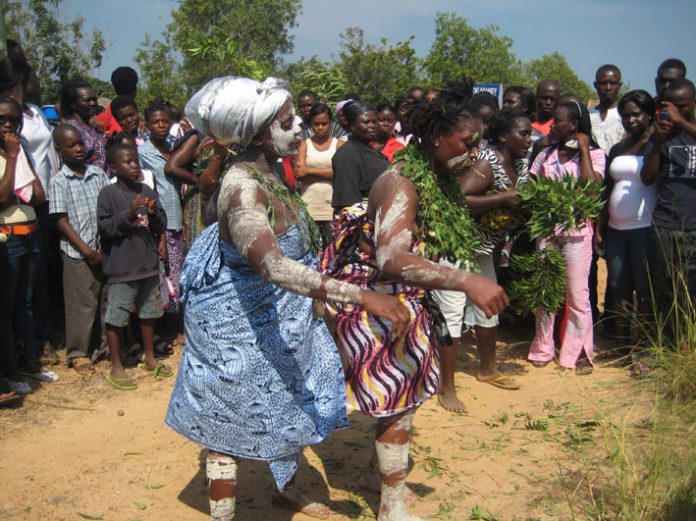 Ghanaians do place a lot of faith in the supernatural, don’t we?

Indeed, superstitious and spiritual are two adjectives that usually aren’t out of place in describing us, and that fact is reflected in many of our traditional festivals. In recent times, however, it is interesting to note that the supernatural is almost as present at such gatherings as a complete disregard for it on a deeper level.

Over the weekend in Teshie during the coastal town’s festival, I was served a startling reminder of this. See, I’d been to the event before as a kid and I do recall that, as part of the festivities, the main road was blocked on the final Saturday of the program just so an object of supernatural significance — known as ‘sese’ — could be paraded throughout the day, amid running and singing of songs about the past year.

Around six o’clock in the evening, the aforementioned object would then be taken to the seaside for the performance of some rituals, after which the road was re-opened to signify the festival’s climax. This year, however, I observed that half of the road was lined with chairs, tables and speakers blaring loud music — proof that the purpose of the day had truly been corrupted.

What used to be the main attraction was merely the curtain raiser and, by the time the rituals were due, only half of the road was opened up.

Oh, the other half?

People drank late into the night and the early morning, engaging in the sort of revelry that I was told had now become the norm at the festival. And, as I soon found out, they were not even done yet.

On Sunday, the wild merrymaking continued and it became increasingly clear that the strong supernatural elements of this once sacred festival — now reduced to just another excuse to have a ‘good time’ — was no longer significant to many for the reasons it formerly was.

Are you surprised, though?

Haven’t we already rendered Easter — an otherwise hallowed Christian festival commemorating the death and resurrection of Christ — a very mundane celebration subject to our baser proclivities, with Kwahu the annual rendezvous?