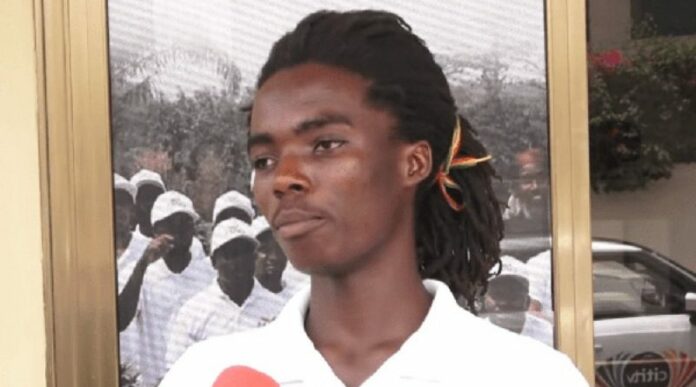 One of the Rastafarian students who was denied admission at Achimota School has sued demanding compensation.

Suing through his parents, Tyron Iras Marhguy, among other things, is asking the Human Rights High Court to order Achimota school to admit him since the denial is against his religious and human rights.

The Attorney General and the Board of Directors of Achimota were cited in the suit.

The 17-year-old is therefore seeking seven reliefs at the Human Rights Court. Among the reliefs he is praying for are; “a declaration that the failure and or refusal of the 1st Respondent, to admit or enrol the Applicant on the basis of his Rastafarian religious inclination, beliefs and culture characterised by his keeping of rasta is a violation of his fundamental human rights and freedoms guaranteed under the 1992 Constitution particularly Articles 12(1); 23; 21(1)(b)(©️); 26(1); 17(2) and (3)”.

Again, the Applicant is asking for “a declaration that the failure and or refusal of the 1st Respondent, to admit or enrol the Applicant on the basis of his Rastafarian religious inclination, beliefs and culture characterised by his keeping of rasta is a violation of his right to education guaranteed under Articles 25(1)(b), 28(4) the 1992 Constitution”.

“A declaration that the order directed at the Applicant by the representative of the 1st Respondent to step aside during the registration process on the basis of his religious belief characterized by the keeping of rasta is a violation of his right to dignity guaranteed under Articles 15(1) and 35(4),(5) of the 1992 Constitution”.

The fourth relief being sought by the applicant is “a declaration that there is no lawful basis for the 1st Respondent to interfere with the Applicant’s right to education based on his rasta through which he manifests or expresses his constitutionally guaranteed right to religion and to practice and manifest same.

He is also seeking “an order directed at the 1st Respondent to immediately admit or enrol the Applicant to continue with his education unhindered”. Furthermore, Tyron Iras Marhguy is seeking “an order of Perpetual injunction restraining the 1st Respondent either by themselves, servants and/or agents from, in any way, interfering in the Applicant’s senior secondary school education on the basis of his religious belief and practice as a Rastafarian” and lastly, “an order directed at the 1st and 2nd Respondents to jointly and severally compensate the Applicant for the inconvenience, embarrassment, waste of time, and violation of his fundamental human rights and freedoms”.

Meanwhile, Education Minister Dr. Yaw Adutwum has disclosed that consultations are ongoing aimed at revising school rules to address matters as relates to the admission of Rastafarian students.

According to him, the Achimota School has over the years been a school of inclusion.

Speaking on the floor of parliament last week, Dr Adutwum called for calm nerves in addressing the admission standoff.

He said “Achimota has been a beacon of hope for many young men and women. Achimota has been designed by its history of inclusion. Achimota is the school that travels around the length and breadth of Ghana to pick students. And they have a story to tell of how Achimota trained them and made them leaders who have led this country and led their families, led their communities, and have done a fantastic job in various professions. Achimota is defined by a history of inclusion and a history that has given hope to many as I have said.”

He went on “Mr Speaker, the GES provides an opportunity for all students to blossom and to have quality education. I understand the argument that is raging in this country. I can understand where everyone is coming from in terms of the convictions that they have for or against the debate that we are talking about.”

“But Mr Speaker, I assure you the GES, within the shortest possible time is going to lay down specific guidelines for heads of schools as to how we proceed in this environment. Meetings have been had, others are ongoing, the ministry is facilitating to make sure that our students operate in an environment where they give off their best, not just to themselves but to the state.”

He ended “I can assure that the ministry is not sleeping. The ministry is on top of this and we’ll come to a conclusion that Ghanaians will respect.”