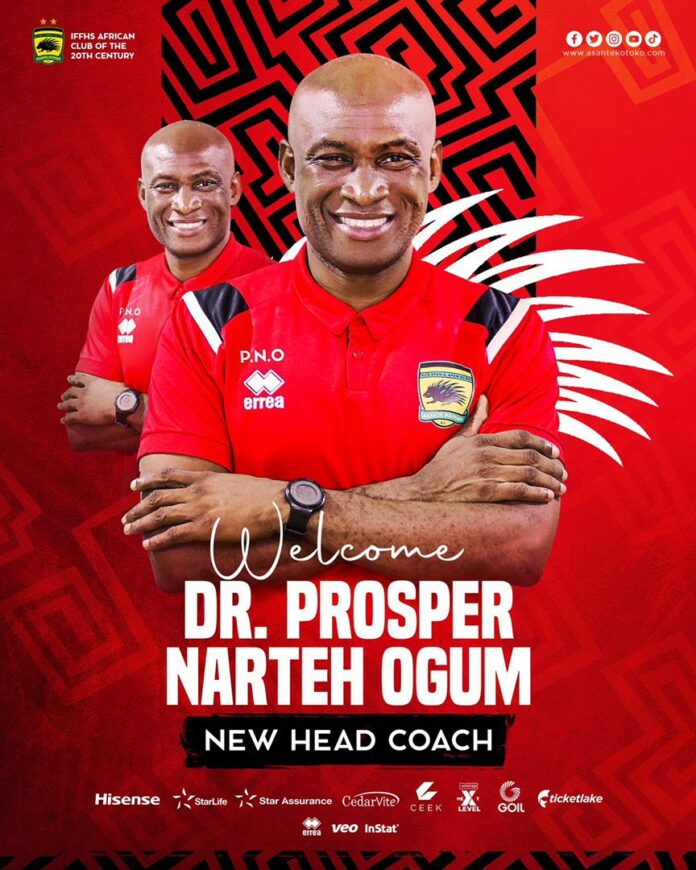 The Red and Whites outfit decided on the West African Football Academy (WAFA) SC gaffer after Kwasi Appiah turned down their offer to be their new coach following his exploits in the 2020-21 campaign.

In the Ghana Premier League 2020-21 season, Ogum helped the Academy Boys to a second place in the league at the end of the season finishing just behind the two most glamorous clubs in Ghana, Accra Hearts of Oak SC, the league champions and his new employers, Asante Kotoko.

Portuguese Trainer , Mariano Barreto was fired at the end of the season for poor performance and bad communication skills which led to the hiring of Ogum as the new coach.

He will be the head coach for the Red and Whites outfit for two years and will lead the club when the Ghana Premier League starts next month ending.

NPP and the new Regions: The Abandoned Projects