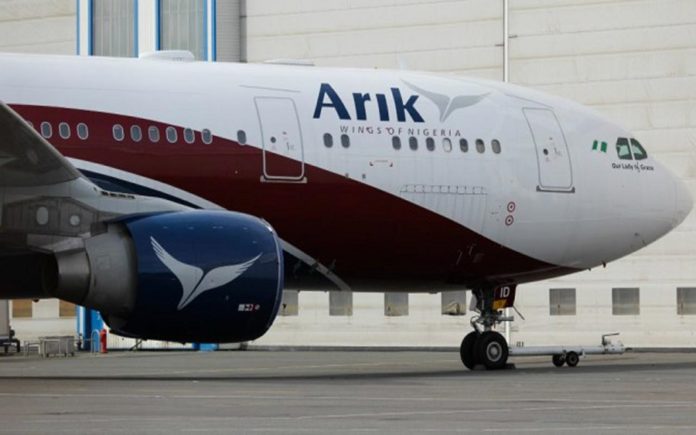 Arik Air on Wednesday suspended its flight services to all West Coast destinations following the continued spread of coronavirus.

The affected routes, according to the airline, are Accra, Ghana; Monrovia, Liberia and Dakar, Senegal.

The airline said in a statement that the temporary suspension of flights to all its West Coast destinations would become effective from March 23.

It added that the management of the airline took the decision after a careful analysis of the novel COVID-19 which had been declared a pandemic by the World Health Organisation.

The Chief Executive Officer of Arik Air, Capt. Roy Ilegbodu, was quoted as saying the safety and well-being of the airline’s personnel and customers were paramount at this critical time, hence the decision to temporarily suspend flight services to the West Coast.

“We do not want to take chances and this is why we have taken this decision,” he said.

While apologising to its customers, the airline said it would cushion the effects of the travel ban on passengers whose travel plans may have been affected by the suspension of flights by ensuring a prompt refund of tickets.