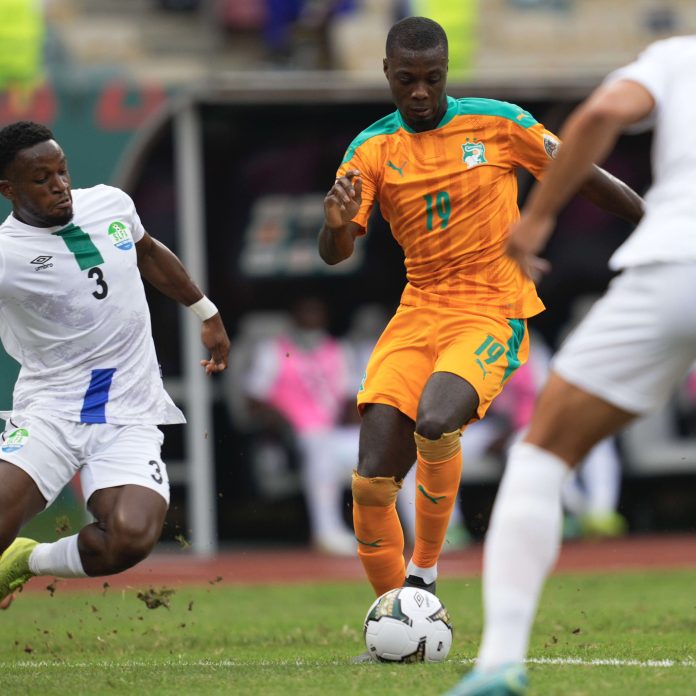 The Leone Stars of Sierra Leone held Africa Cup of Nations giant Côte d’Ivoire to an entertaining 2-2 draw in group E on Sunday evening after a late drama.

The Ivorians were the better side with the ball but Sierra Leone always looked dangerous anytime they attacked the Ivorian backline.

AC Milan star Frank Kessie missed the opportunity to put the Elephants ahead from the spot kick after Crystal Palace star Wilfred Zaha was brought down in the box as his effort was saved by goalkeeper Mohamed Kamara.

Kessie, after missing the penalty got a chance to redeem his image but fluffed his lines again with a poor finish.

Few minutes later, Zaha set up AFC Ajax Amsterdam striker Sebastian Haller through on goal and the striker made no mistake in slotting the ball home to give the Elephants a well deserved lead.

Mohamed Buya Turey had a great and glorious opportunity to restore parity but the striker’s shot was tame and was saved by Sangare.

Arsenal Star, Nicolas Pepe scored the second goal for the 2015 Champions but their goalkeeper gave a goal away inside additional time period to make the final score 2-2 following a pulsating clash.

Sierra Leone are on two points after drawing with defending champions Algeria and Côte d’Ivoire and will play Equatorial Guinea in their last group game whiles Ivory Coast who are on four points battle it out with Algeria.