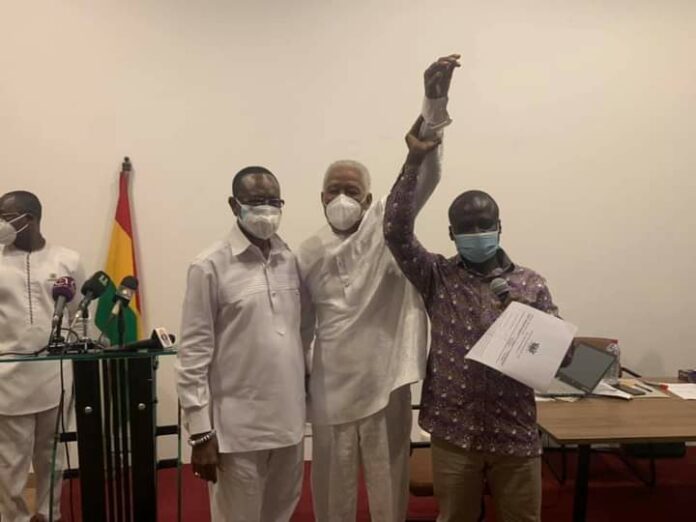 The former National Democratic Congress (NDC) MP for Ningo-Prampram beat competition from six others to emerge victorious in the election, reported the CNR.

The Greater Accra Regional Director of the Electoral Commission, Kwame Amoah in making the declaration indicated that Mr. ET Mensah, obtained 100 percent of all votes cast.

The other competitors, Nii Kotei Dzani; who is the immediate past members, Michael Kofi Mensah, Wilbeck Ato Sefah, John Mantse Akwetey, Nene Konor Atiapah III and Charles Andrew Parker-Allotey all did not get any vote.

No rep for Western Region; runoff slated for Monday

In the Western Region however, the electoral college failed to elect a representative after a stalemate between the top two candidates.

According to the CNR the two contenders out of five candidates, Eunice Buah, who is the incumbent and Nana Akomea, both secured 14 votes each out of the 28 votes cast.

The election witnessed some protests by some of the electorate after the acting District Chief Executive for Ellembelle, Kwesi Bonzoh, was allegedly seen taking a picture of his ballot.

One candidate withdrew ahead of the polls.

The Western Regional EC Director, Angela Tagoe who declared the results said the election would be rerun between the two come Monday, February 15.

Ghana promotes over 6,000 police officers ahead of polls